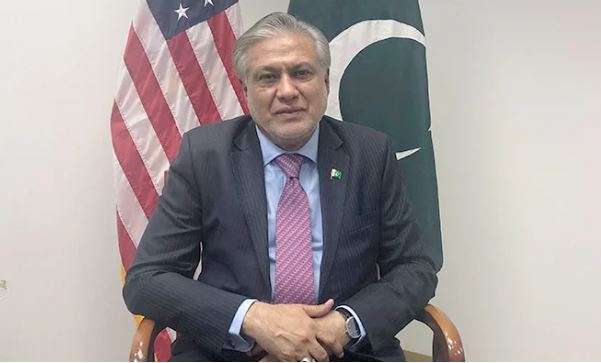 Washington: Finance Minister Ishaq Dar on Wednesday ruled out the need for any particular supportive measures for the rupee, stoking optimism among traders that the ‘Darnomics’ will soon be able to crack the country’s monetary conundrum.

“The rupee has been heavily undervalued,” Dar said during an interview in Washington, where he has been attending annual meetings of the International Monetary Fund (IMF) and the World Bank.

“It is due to speculation — and some players in the market have been responsible for that,” he said.

“I thank those players in the market who have realised that that game at the cost of the national currency will not continue,” he asserted while highlighting that the exchange rate stabilised after traders learned he would take office.

Dar, who has been the finance minister three times previously, said investors understand that “I fix these things.”

Responding to a query if he was planning to take any “specific steps” to boost the rupee, he said: “I don’t think so. We don’t have the luxury of physically spending foreign exchange — it’s very scarce at the moment.”

He was upbeat that the economy would expand by more than the around 2% pace projected by the State Bank of Pakistan. “Maybe over 3%. I don’t want to be giving a big hope, but I’m fairly confident,” he said.

Dar reiterated that “there’s no plan to engage with bondholders across the board,” asking them to extend the maturity date for Pakistan’s $1 billion global bond due in December.

“There are certain proposals,” that Islamabad might consider, including issuing “replacement paper,” but the approach is to look at optional, not mandatory, measures, he said.

“I’m working to have a solid plan for how to deal with all these public debt liabilities” that will be due in the fiscal year to June 2023,” he said. In the next 12 months, there’s around $22 billion coming due, the finance czar concluded.