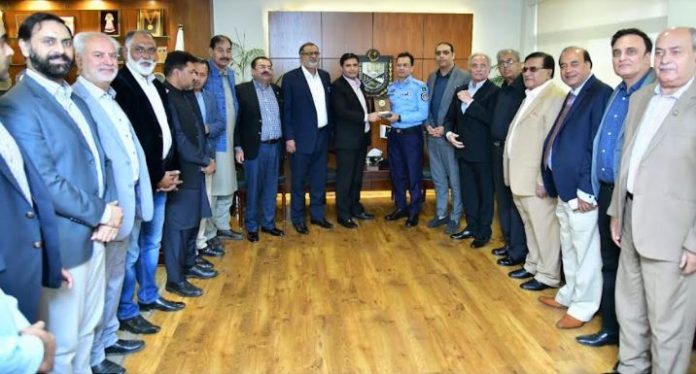 Islamabad, NOV 4: /DNA/ – Rommel Akram, Deputy Inspector General Safe City Islamabad Police said that the vigilance for the business community would be further improved by connecting cameras installed in commercial areas and markets with the Safe City Project to ensure high vigilance and improved security in the city. He said this while addressing the business community during his visit to Islamabad Chamber of Commerce & Industry.

Speaking at the occasion, Ahsan Zafar Bakhtawari, President, Islamabad Chamber of Commerce & Industry appreciated the efforts of DIG Safe City for connecting the cameras with the safety city project as it would improve the security situation in business areas. He said that the police patrolling in markets and industrial areas should be increased to curb the incidents of thefts, mobile snatching and other crimes in business areas and the city. He said that the security situation in the Kahuta Industrial Area is not satisfactory due to which the women entrepreneurs are feeling insecure and stressed that the police patrolling in that industrial area should be increased. He assured that ICCI would fully cooperate with Islamabad Police to make the Capital a crime free city.