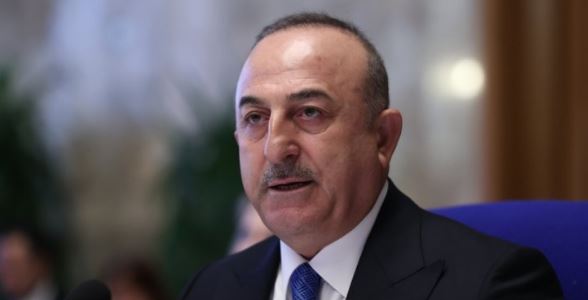 ANKARA: Türkiye continues to work on removing obstacles to Russian grain and fertilizer exports, the Turkish foreign minister has said.

Speaking to reporters after a Cabinet meeting in the Turkish capital Ankara, Mevlüt Çavuşoğlu said on Monday that the export of Russian fertilizer was also part of the Istanbul grain deal signed by Türkiye, the UN, Russia, and Ukraine in July.

“Obstacles to Russia’s grain and fertilizer exports have not been completely removed. We’re looking into what steps are to be taken to meet Russia’s expectations and we’re coordinating work (on this matter),” added Çavuşoğlu.

On whether another deal would be needed for the export of Russian grain, Çavuşoğlu said that if none of the parties object, the current agreement’s duration would be extended, making an additional accord unnecessary.

“The Russians have some concerns that these demands (on Russian grain exports that were agreed upon) are not met. Now, diplomacy is working to dispel these doubts,” he added.

Türkiye, the UN, Russia, and Ukraine signed the original agreement on July 22 in Istanbul to resume Black Sea grain exports, which paused after the Russia-Ukraine war began in February. A Joint Coordination Center with officials from the three countries and the UN was set up in Istanbul to oversee the shipments.

Russia had pulled out of the grain agreement late last month, accusing Ukraine of attacking its naval fleet stationed in the Black Sea.

Türkiye and the UN, however, managed to convince Moscow to reassess the decision, marking the end of a tense standoff that threatened to exacerbate the global food crisis.

Stockholm has repeatedly said it would take steps in this direction, noted the top Turkish diplomat.

Finland and Sweden applied for NATO membership in response to Russia’s war on Ukraine, but faced opposition from Türkiye, which accuses them of supporting terrorist groups such as the PKK.

The two Nordic countries signed a memorandum with Türkiye in June for cooperation in the latter’s fight against terrorism. Ankara says it will greenlight their accession only if they address its concerns.

Çavuşoğlu noted that in August, officials from the three countries held the first sitting of a permanent joint mechanism to oversee that deal’s implementation in Helsinki, with the next meeting to be held in Stockholm.

“At this meeting, the memorandum will be discussed once again and (the parties) will review what has and has not been done so far,” he added.

“Both countries have taken some steps, but at this stage, it’s difficult to say that they’ve fulfilled their commitments.”

On Türkiye’s ongoing diplomatic normalization efforts with Egypt, Çavuşoğlu underlined that progress was slower than Ankara had hoped, adding that his country was not responsible for this.

He said that meanwhile, his recent meeting with the UAE’s Foreign Minister Sheikh Abdullah Bin Zayed Al Nahyan had been very positive.

“Now, in addition to the steps we’ve taken at the bilateral level, we’re talking about what we can do in third countries, including Africa, and other projects,” he said.

Çavuşoğlu also commented on the case of a Greek governor, Apostolos Tzitzikostas, who refused to enter Türkiye to take part in an event in the Aegean province of Izmir after facing a delay at the border. The foreign minister said this was a technical issue, not political.

Also responding to a question on “some Turkish officials are not allowed to enter Greece,” Çavuşoğlu said this had nothing to do with the incident in Izmir.

“We warned the Greek authorities about this issue. If the Greek entry ban against some of our officials continues, we’ll respond,” he added.

On a recent summit of the Arab League, which concluded in no negative resolution against Türkiye, Çavuşoğlu said this was the result of the normalization process.

He said Türkiye found the decisions of the summit to be positive in terms of resolving problems between Arab countries, advocating together for the common Palestinian cause, and increasing cooperation between Ankara and the Arab League countries.