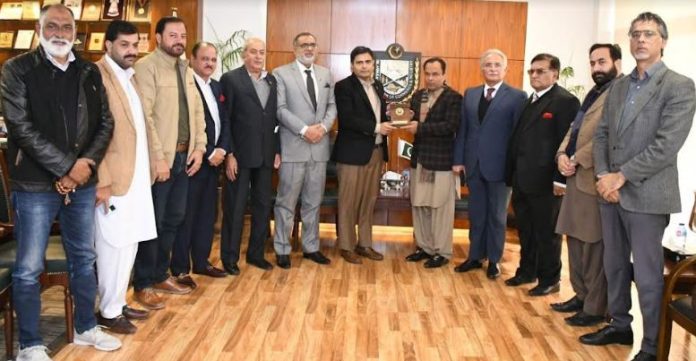 Islamabad, DEC 28 /DNA/ – Ahsan Zafar Bakhtawari, President, Islamabad Chamber of Commerce and Industry said that the business community is facing problems due to high signboard tax rate and trade license fee and stressed that the Metropolitan Corporation Islamabad (MCI) should address these issues by revising their rates. He said that the MCI should charge signboard tax rate @ Rs.60/- per sq. yds. and trade license fee should be fixed at Rs.1000/- per annum that would ease the problems of business community and facilitate them in growth of business activities. He said this while talking to Shakeel Arshad, Director, DMA, MCI during his visit to Islamabad Chamber of Commerce and Industry.

Engr. Azhar ul Islam Zafar, Vice President ICCI said that the close cooperation of MCI is important to boost business and economic activities and stressed that the MCI should extend all possible facilitation to the business community by addressing issues.

The issues of occupation of footpaths and green areas were also discussed and Director DMA said that MCI has allowed controversy-free areas for business activity.