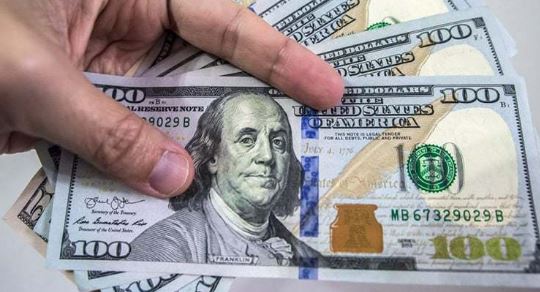 ISLAMABAD, MAY 13: The US dollar climbed above Rs193 in the interbank market on Friday morning, reaching a new all-time high and breaking its previous day’s record which breached the Rs192 mark.

It closed at Rs193, rising by a rupee from the previous day’s close of Rs192.

According to the Forex Association of Pakistan (FAP), the day’s start saw the greenback appreciating by Rs1.10 from the previous day’s close and reaching Rs193.10 around 11am in the interbank trade.

Today is the fourth consecutive day that the dollar has risen to a record high against the rupee, with the international currency hitting a high of Rs188.66 in the interbank market on Tuesday, then soaring to Rs190.90 on Wednesday and rising past Rs192 on Thursday.

Alpha Beta Core Chief Executive Officer Khurram Schehzad told it was expected that the value of dollar would rise further today, linking the development to the expected strengthening of the greenback in the international market and an increase in interest rates in the US.

“Moreover, our macros are weak and the IMF (International Monetary Fund) is also not on board,” he added, referring to the uncertainty surrounding a deal with the international moneylender and a delay in the release of a $1 billion tranche by it.

In light of these reasons, Schehzad explained, the currency market was down and the rupee continuing to lose ground against the dollar was expected.

This freefall of the rupee against the dollar has also been attributed to the country’s high import bill.