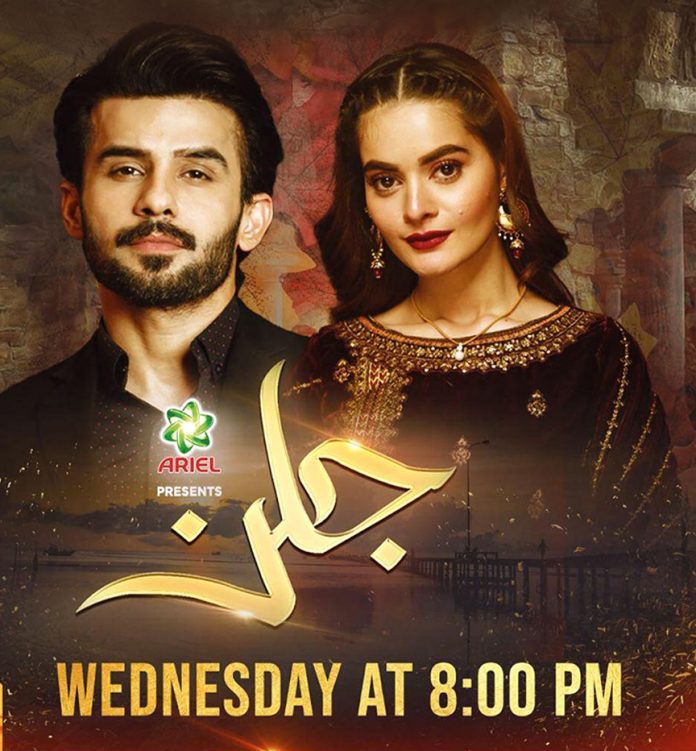 Nisha starts comparing her fiancé with her sister’s husband. Instead of valuing the real wealth i.e, love and sincerity, she starts falling for money, luxurious lifestyle and wealth. Nishais blinded with greed to such an extent that she decides to get rid of Ahmer, no matter what is takes. She starts hurting Ahmer, Disrespecting him and insulting him. This hurt Ahmer badly but he ignores it as he is toes deep in love with Nisha She even involves her brother in law and asks him to talk to her father and help her stopping her marriage with Ahmer (Fahad Sheikh).

Ahmer who was so far bearing everything for the sake of love finally bursts out in anger when he hears Asfand interfering in his personal matter. But inside, he is badly hurt and broken. Ahmer walks into his room and cries with helplessness and pain. The way Fahad Sheikh has portrayed the suffering of Ahmer is just outstanding. His acting was so realistic that even you’d cry for Ahmer if you watch him crying on screen.

Later in Jalan’s Episode 4, Ahmer apologizes and begs Nisha’s father not to end this marriage. He cries and assures him that he’ll do anything but don’t separate him from Nisha, don’t end this marriage. These scenes will leave you in tears and you’ll actually end up feeling for Ahmer (Fahad Sheikh). What a brilliant peace of acting!

In the fifth episode, Nisha blames Ahmer for attempting to kill her however he is totally innocent in that scenario. The girl is so blinded with greed and jealousy that she broke the hearts and ties of two families who were tied together in blood relations. Ahmer is forced to leave the house and what happened next is for you to watch and find out! I assure you it is going to keep you hooked for the rest of it’s episodes.