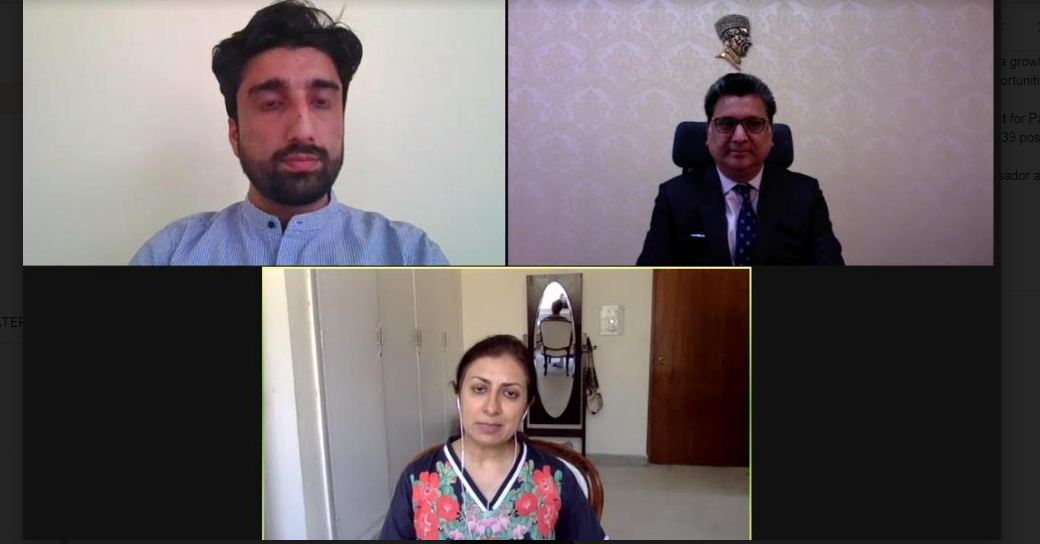 Ambassador Janjua highlighted that GSP Plus has been mutually beneficial for Pakistan and the EU. Pakistan’s exports to the EU have witnessed a growth of 65 percent and the EU’s exports to Pakistan have increased by 44 percent, since inception of the GSP Plus in 2014. Commenting on the potential opportunities created by the preferential market access, Ambassador Janjua emphasized on diversification and value addition of Pakistani exports to the EU.

Highlighting the government’s continued efforts to support the export sector of Pakistan, Ambassador Janjua assured close cooperation and support for Pakistani exporters. He also highlighted government’s steps to attract foreign direct investment and observed that in the last two years Pakistan had climbed 39 positions in the ‘Ease of Doing Business’ ranking.

Ms. Saleha Asif appreciated the efforts of the Embassy in promoting trading relations between Pakistan and Europe. She also apprised the Ambassador about the plans of PTC for enhancing textile exports through R&D and its efforts to secure greater market access in the European block.