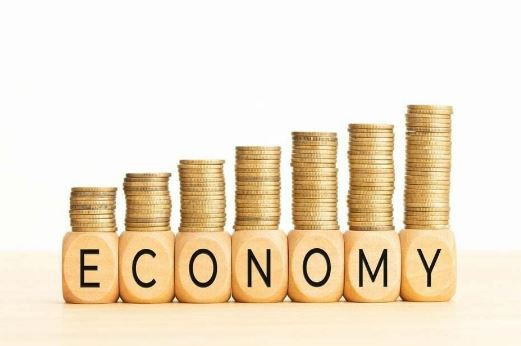 There is no denying the fact that there are some genuine economic difficulties faced by our beloved country, Pakistan. But it is also a fact that ours is a great nation with 22 crores of population equipped with atomic capabilities. Even a petty sacrifice by every citizen could produce a big contribution which could ensure stability. Nothing is insurmountable. Serious thinking and all round effective frugality measures could certainly bring down the state expenditure and enhance exports. The measures so far taken are neither systematic nor persistent. Some efforts made in this respect seem just a leap in the dark and most often altered.

This article simply aims at dealing with one aspect of our economy which we need to review: the matter of undue and extraordinary concessions granted by some large organisations like WAPDA, PIA, RAILWAY and coastal guards etc.  Some of them are financially sinking ships although they had a monopoly in their domain and now those are surviving on annual subsidies and bail out packages borne by the state. The facilities were granted as an incentive for better performance but are causing havoc to our economy demanding financial aid.

The said organizations have granted concessions and perks over and above the salary and allowances allowed to civil servants. These privileges need to be reviewed in the situation of glaring losses of PIA, Railways, Steel Mills and similar other autonomous bodies. If we take extensive and exhaustive examination of the perks and privileges the financial consequences are alarming.

The department of the Railways has an old practice of issuing on a permanent basis to its employees free travel passes in their trains. PIA grants, in addition to bonus, internal and external free family trips to their employees. The department of coastal guards also allows purchase of confiscated items at a depreciated price to its staff. Even the income tax department is believed to grant a bonus on the recovery of tax to their staff as an incentive.

Analysis of the department of WAPDA would reveal the gravity of financial losses caused to them by undue concessions to its employees. WAPDA has 48 thousand officers and one lac and five thousand other employees. All of them are allowed free of cost electricity which consumes 39 crores and 10 lac free electric units which cost five billion and 25 crores of rupees per annum. Although the inefficiency of WAPDA employees is evident from line losses, non-payment of electricity bills and the kunda system very common in all provinces. Even the government has to engage police forces to effect recovery from defaulters. Normally a lineman is posted in his own domestic area where he also manages non-payments of bills from his negotiators and sometimes their amount is shifted to customers who are regular in payments of bills. So the facility of free electricity units, merits to be withdrawn or at least stipulated with performance.

Similar is the position of PIA. It is burdened with over-staffing and the privileges of free internal and external trips of their staff despite continuous annual losses and demand of huge amounts of subsidies. The ex-Minister of PIA caused irreparable loss to the PIA by his unwise and unscrupulous statements and thereby damaged the only asset of goodwill of PIA within the country and abroad. So many of our outstanding pilots serving in foreign airlines and Air Force suffered heavily and they were removed from service for no fault on their part on the sole plea that the Pakistani Minister PIA had dubbed them as unqualified and fraudulent.

It would be appropriate, therefore, to refer the matter of unusual perks and privileges allowed by aforementioned organisations to the pay and pension commission of the Federal Government to exercise vigilance on payment of unusual salaries.

In some departments purchase of expensive vehicles for their officers has also increased the financial liabilities. 800 Assistant Commissioners were provided new vehicles costing 6 billion rupees, in addition to fuel expenses. In the prevailing circumstances such expenses should be curtailed.

Another aspect to be modified for the sake of frugality effort is the concept of protocol. The government could reduce the colossal expenditures incurred on protocol and body guard system which engages bulk to police force and resultantly the person and property of the public at large is jeopardized and compromised. That is why street crimes are rampant in the country. The number of flags may be reviewed as each national flag needs 24 hourly police guards.

Now the timings of the government and business markets are being dictated by princely employees of the Government and wealthy elite class owners of the big plazas and markets. Lawful force should be used against the rich who are indifferent to the painful financial situation of the country and not against the poor population when they become violent due to mismanagement of fiscal policies. Economic measures should be adopted in all fields of our society.

The writer of the article is Retired Additional Chief Secretary of AJK and Advocate Supreme Court of AJK.