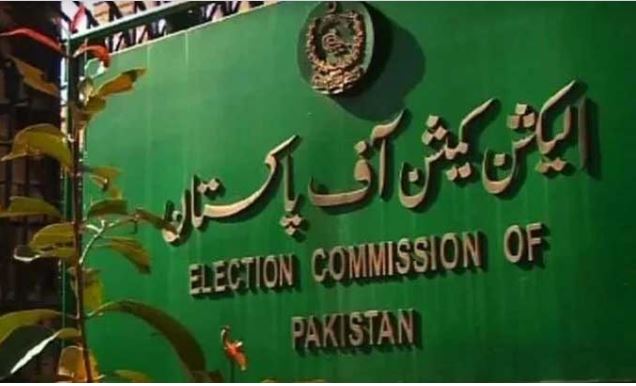 ISLAMABAD: The Election Commission of Pakistan, in a unanimous verdict on Tuesday, said it has found that the PTI received prohibited funding.

The case was earlier referred to as the “foreign funding” case, but later the election commission accepted the PTI’s plea to refer to it as the “prohibited funding” case.

The commission found that donations were taken from America, Australia, Canada and the UAE.

PTI received funds from 34 individuals and 351 businesses including companies, the ECP verdict states.

Thirteen unknown accounts have also come to light, said the commission in the verdict, adding that hiding accounts is a “violation” of Article 17 of the  Constitution.

Article 17 (2) of the Constitution states: “…law shall provide that where the Federal Government declares that any political party has been formed or is operating in a manner prejudicial to the sovereignty or integrity of Pakistan, the Federal Government shall, within fifteen days of such declaration, refer the matter to the Supreme Court whose decision on such reference shall be final.”

Article 17 (3) states: “Every political party shall account for the source of its funds in accordance with the law.”

The funds were also in violation of Article 6 of the Political Parties Act.

Moreover, the ECP found that PTI Chairman Imran Khan submitted a false Nomination Form I and that the affidavit provided regarding party accounts was false.

The ECP has issued a show-cause notice to PTI to explain why their prohibited funds should not be confiscated.

Talking to journalists outside the ECP, an adamant Farrukh Habib said that foreign funding was “not proved” against the party.

“The verdict disappointed those who were pushing the narrative of foreign funding against the PTI,” said Habib. He said that the PTI was of the view from day one that the case was related to prohibited funding and not foreign funding.

Raising questions over the ECP, the PTI leader said that the IHC had ordered a probe into the accounts of all the political parties without any discrimination.

The decision to announce the verdict came after a Financial Times exposé revealed that the PTI received funding from Wootton Cricket Club belonging to Abraaj founder Arif Naqvi. The funds were generated through a charity match and an Arab personality also pitched in a large sum of money.

Roads leading towards the election commission were blocked and a heavy police contingent was deployed outside the office ahead of the veridct.

Shahrah-e-Dastoor, where the ECP office is situated, can only be entered through two points — Serena and Margalla Roads.

The FT report provided ammunition to the Pakistan Democratic Movement (PDM), and they demanded an early announcement of the verdict — in the case which was filed in 2014 by PTI founding member Akbar S Babar.

A report in The News showed that despite Babar’s repeated attempts to convince Khan that some of PTI’s top leaders were involved in financial wrongdoings, the party chairman turned a blind eye — eventually leading to the ex-PTI leader filing a case in the ECP.

The PTI was projected to not accept the decision if it does not favour them as even before being ousted from power, ex-prime minister Khan and his party had repeatedly criticised the ECP and the CEC.

The PTI has time and again maintained that the ECP needs to be reconstituted before the country heads towards the next general elections and has also levelled serious allegations against the body — but the ECP rejects all wrongdoings.

Former ECP secretary Kanwar Dilshad told just before the verdict that in case it is against the PTI and the commission says the party received prohibited funding, then the body will send a reference to the federal government.

Dilshad said that once the government receives the reference, it will then move the Supreme Court and file a reference against the party under Article 17.

The apex court will then hold a hearing with a full bench, he said.

Before the government sends a reference, Dilshad said, the PTI can also challenge the election commission’s order in the apex court.

In case the SC bans the party, then all the accounts will be frozen, the offices will be sealed, and all the members of parliament will lose their status as lawmakers.

“A pandora’s box will open as Akbar S Babar has such evidence,” he added.

PTI hid funds worth millions of rupees from ECP: report

The PTI hid funds worth millions of rupees from the ECP, the report of an ECP scrutiny committee probing the party’s funds revealed on January 4.

The report stated that the PTI provided “false information” regarding the party’s funding to the ECP. It said that the State Bank of Pakistan (SBP) bank statement revealed that the party had received Rs1.64 billion in funding.

According to the report, the party did not disclose funding worth more than Rs310 million to the ECP.

The scrutiny committee was formed in 2018 to audit foreign funding received by the PTI.

The case was marred by several delays, including the PTI challenging the election commission’s jurisdiction and a change of lawyers nine times.