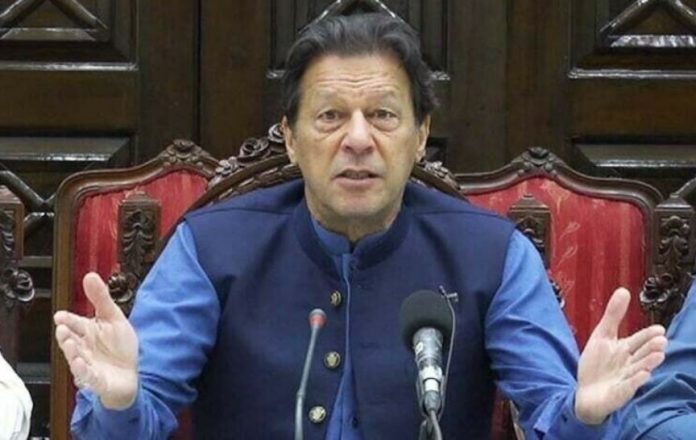 The reference was filed against the PTI chairman by the coalition government, for “not sharing details” of Toshakhana gifts and proceeds from their alleged sale.

Established in 1974, the Tosha­khana is a department under the administrative control of the Cabinet Division and stores precious gifts given to rulers, parliamentarians, bureaucrats, and officials by heads of other governments and states and foreign dignitaries.

According to Toshakhana rules, gifts/presents and other such materials received by persons to whom these rules apply shall be reported to the Cabinet Division.

However, the PTI, while in government, had been reluctant to disclose details of the gifts presented to Imran Khan since he assumed office in 2018, maintaining that doing so would jeopardise international ties, even as the Pakistan Infor­mation Commission (PIC) ordered it to do so.

On August 4, lawmakers from the Pakistan Democratic Movement — which is part of the ruling alliance — filed a reference for the PTI chief’s disqualification from public office under articles 62 and 63 of the Constitution over his hesitance to share the details of Toshakhana gifts.

They submitted the reference to the NA speaker who subsequently forwarded it to the Chief Election Commissioner Sikander Sultan Raja for further action.

In its hearing on Aug 29, the ECP had sought a written reply from Imran by Sep 8. In his reply, the PTI chief had admitted to have sold at least four presents he had received during his tenure as the prime minister of Pakistan.

The former premier, in his reply, maintained that the sale of the gifts that he had procured from the state treasury after paying Rs21.56 million fetched about Rs58 million. One of the gifts included a graff wristwatch, a pair of cuff links, an expensive pen and a ring while the other three gifts included four Rolex watches.

However, during the hearing today, PML-N counsel Khalid Ishaq said Imran was asked about reasons for not declaring the gifts. But, in his reply, the PTI chief admitted to receiving the gifts as well as not disclosing them.

He quoted the PTI chief as saying in his response that he did not declare items of daily necessities.

“One cufflink that Imran did not declare is priced at Rs5.7 million,” Ishaq said.

ECP member from Sindh, Nisar Durrani, said it was possible that a mistake might have been made in the declaration of assets.

To this, the PML-N counsel responded that in that case, the mistake should be acknowledged.

For his part, Imran’s counsel Barrister Ali Zafar said that Ashraf had earlier claimed that he had “concrete proof” to pave way for the disqualification of the PTI, however, he had instead referred to asset declaration by Imran from 2017 and 2018.

The lawyer said he would prove that Imran had declared all the gifts as required under the law to be revealed.

Zafar said it was not the ECP’s mandate to decide about the honesty of a leader.

At this, Justice retired Ikramullah Khan, the ECP member from KP, wondered if the election commission could take action if someone was dishonest.

Meanwhile, Babar Hassan Bharwana, the ECP member from Punjab, questioned why a reference was forwarded to the electoral body if the commission was not empowered to do anything.

At one point during the hearing, PML-N’s counsel Ishaq said Imran had provided the receipts of his London flat but did not provide the same for gifts he had received.

After hearing arguments from both sides, the ECP reserved the verdict in the case.

In the last hearing, Barrister Zafar had urged the five-member ECP bench, headed by Chief Election Commissioner (CEC) Sikandar Sultan Raja, to quash the reference against the former premier, terming it a “misleading” case based on “mala fide intentions and political motives”.