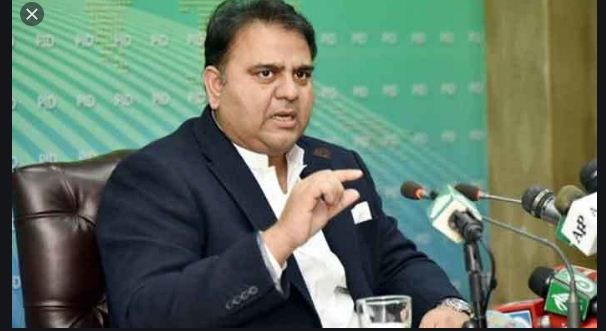 Addressing a press conference along with the Federal Minister for Information and Broadcasting, Shibli Faraz, Fawad Chaudhry said that the federal government respects every state institution of the country including the Election Commission of Pakistan.

“ECP is respectable to us and will remain”, said Fawad and added that institutions show their impartiality through practical steps, not through press releases. PM said horse-trading during Senate polls was not stopped, was that the matter of shame for ECP, asked Fawad.

The minister while extending every possible support to the ECP, urged for a joint mechanism devised by the ECP and the government to stop rigging in the polls. He said that the directions of the Supreme Court for holding fair and free Senate elections were neglected by the ECP. We are not planning to hold any protest in front of the supreme electoral body, Fawad said.

The video of Ali Haider Gilani, the audio of Nasir Hussain Shah and Maryam’s statement about PML-N ticket are the proofs of rigging, which needs to be investigated. Fawad Chaudhry said that we are confident that Prime Minister Imran Khan will successfully obtain the vote of confidence from the National Assembly.

So far our 177 MNAs have reached the federal capital. The members of PTI and coalition partners have assured their support to PM Imran Khan in the National Assembly in obtaining vote of confidence. Earlier in the day, the Election Commission of Pakistan (ECP) had expressed its disappointment over the allegations raised by PM Imran Khan during his address to the Nation. = DNA