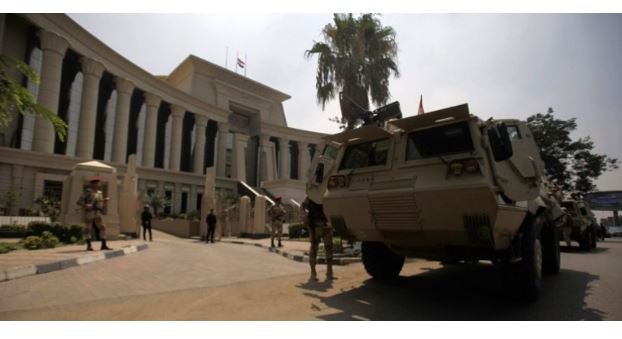 An Egyptian criminal court sentenced 10 convicts from the Muslim Brotherhood group to death Tuesday for carrying out attacks against police and facilities in the case known as the Helwan Brigades.

The court was headed by Mohammed Shireen Fahmy and included a sentence in absentia against Yahya Moussa, a leader in the Muslim Brotherhood, according to the Egyptian state news agency.

The convicts were found guilty of killing policemen, sabotage, violence and use of force, according to the court.

According to Egyptian law, all sentences of the Emergency Supreme State Security Criminal Court are final but President Abdel Fattah al-Sisi has the power to reduce sentences or abolish them.

Following the ouster of former President Mohamed Morsi in 2013, authorities persecuted Muslim Brotherhood members and leaders and outlawed the group.