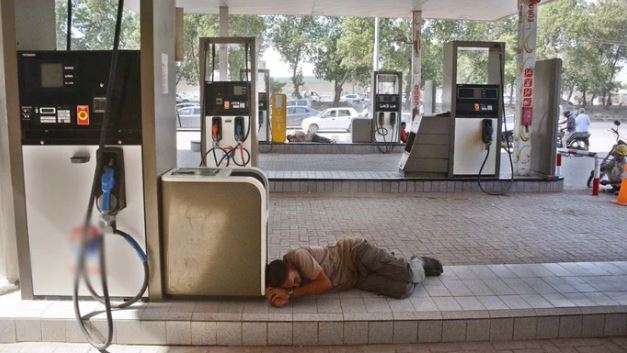 LAHORE/ISLAMABAD: After an almost day-long outage, the Power Division on Friday said that electricity transmission and generation have been restored across the country adding that only routine power load-shedding is being carried.

“Electricity transmission and generation have been restored across Pakistan including restoration of full supply from national grid to Karachi,” the division said in a statement.

Power outage yet to be controlled

Earlier today, sources within the National Transmission and Despatch Company (NTDC) had said that the countrywide power crisis, caused due to an “accidental fault” in the national grid, had not been controlled yet.

Sources in the NTDC said that it was a major breakdown and could not be controlled even after 24 hours as the authorities have yet to identify the fault.

The sources added that cities have been facing four hours of loadshedding while rural areas are suffering from a 12-hour-long power outage.

Meanwhile, power plants have not been fully energised and the country still faces a 4,500MW power shortfall while the frequency fluctuation is making things more complex.

The electricity is being restored from the power plants slowly to the system, said the sources. They added that this is the 16th breakdown in the last 10 years.

Large parts of the country were in dark for more than 12 hours on Thursday after a fault was detected in the national grid’s southern transmission system.

Energy Minister Khurram Dastagir said that an “accidental fault” triggered the breakdown and announced the establishment of a committee to probe the matter and submit a report within four days.

Meanwhile, the Islamabad Electric Supply Company (IESCO) spokesperson said that the electricity demand in the region is 1,280MW while the national grid is supplying 1,080MW.

Once the electricity supply is back to normal, the situation will improve, said the spokesperson.

In a statement, K-Electric said that the supply of electricity in Karachi was restored in a phase-wise manner.

Later, the supply was diverted to residential areas including but not limited to PECHS, Orangi, Lyari, Ibrahim Hyderi, Nazimabad, and Defence Housing Authority.

The technical constraints at the national grid may persist over the next 48 hours and to manage the constraints, KE may temporarily curtail power supply to industrial zones during nighttime hours to facilitate residential areas.

The power supply company said it may also have to conduct loadshedding.