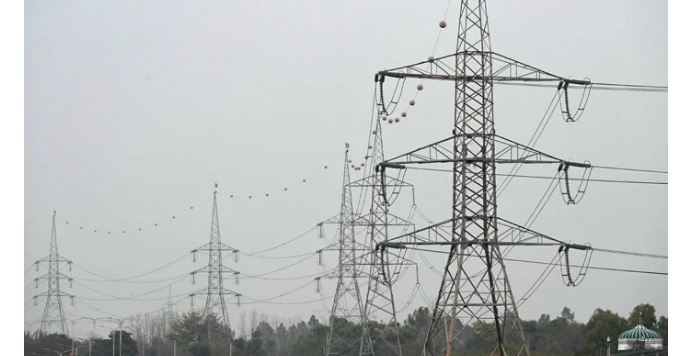 ISLAMABAD, JAN 24: Over 24 hours after the country plunged into darkness, the Ministry of Energy claimed on Tuesday that all grid stations supplying electricity have been “restored” which went offline due to a “frequency mismatch” a day earlier, leaving tens of millions of people without power.

“All 1,112 grid stations restored within 24 hours nationwide,” tweeted the ministry with a table showing that the power was back online at 6:25 am.

Even though the government claims the power is up there are some areas in the country that are yet to get electricity. People were complaining in Karachi that the supply has not been fully restored in the city and many areas are still offline.

On the other hand, a K-Electric spokesperson said that currently “all grid stations in the city are functional” and the restoration process is underway at the local level.

In its power update at 9:34 am, the power utility added that the situation has improved further in the metropolis after the supply was restored from the national grid last night.

The official, however, added that temporary load management can be done in the city to keep the system stable.

The country plunged into darkness Monday morning due to a fault in the national grid which Power Minister Khurram Dastgir blamed on a “voltage surge” in transmission lines in the country’s South.

Soon after the power breakdown was reported, Dastgir, while talking to Geo News, said that the power generation units are temporarily shut down in winter at night as an economic measure to save fuel costs.

“When the systems were turned on at 7:30 am this morning one by one, frequency variation was reported in the southern part of the country between Jamshoro and Dadu,” the minister had said on Monday.

Analysts and officials blame the power problems on an ageing electricity network, which like much of the national infrastructure, desperately needs an upgrade that the government says it can ill afford.

Prime Minister Shehbaz Sharif took strict notice of the power outage and ordered the constitution of a high-level three-member committee to probe the reason behind the breakdown.

The prime minister — who was annoyed due to the impact of the breakdown — also sought a report from the energy minister, a statement from the PM’s Office said.

The prime minister also directed the officials to immediately restore the electricity supply.

The National Electric Power Regulatory Authority (NEPRA), in a statement, also said that it has taken “serious notice” of the power outage and directed the NTDC to submit a “detailed report”.

The statement also said that the regulator has previously imposed fines on similar outages in 2021 and 2022. It also shared that NEPRA has consistently issued directives and recommendations on tackling such events in the future.

Following the prolonged nationwide power breakdown, there were also reports regarding mobile and internet services being affected in cities in different pockets.

Telecom companies had also run out of stored fuel to temporarily run their towers and ensure a smooth flow of services causing a delay in providing services to consumers.

The textile sector suffered a massive loss amounting to $70 million so far due to the breakdown, a spokesperson of the All Pakistan Textile Mills Association (APTMA) had said on Monday.

The spokesperson maintained that the massive power failure badly affected industries across the country.

In October of last year, Karachi, Hyderabad, Sukkur, Quetta, Multan, and Faisalabad were hit by a power outage.

At that time, the power minister said that nearly 8,000 megawatts of power went offline.

Back then, Dastgir had said that the simultaneous faults in two power lines, which had triggered the breakdown, at the same time was concerning for the government. He had also announced that an in-depth inquiry was ordered and promised action.

Every time the party in power announced to conduct a comprehensive probe and vowed to rectify the issues but nothing has happened despite multiple inquiries.