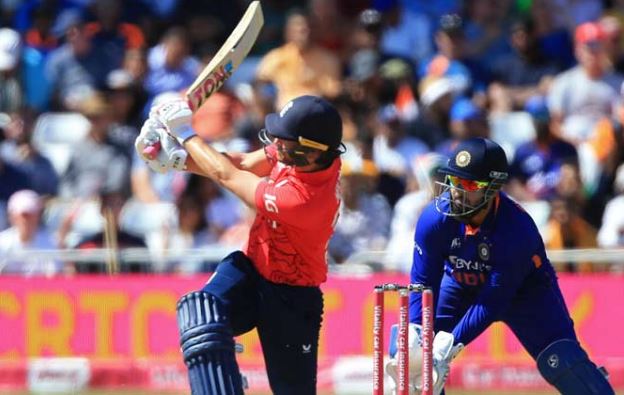 NOTTINGHAM: England defeated India by 17 runs in the third and final T20 international at Trent Bridge on Sunday to deny the tourists a 3-0 series whitewash.

But a stunning century from Suryakumar Yadav, who made 117 off just 55 balls, including 14 fours and six sixes, kept them in the hunt.

But when he fell in the penultimate over, India were 191-7 and England all-rounder Chris Jordan then closed down the game after recalled left-arm quick Reece Topley had taken 3-22 in four overs.

India won this series 2-1 following victories at Southampton and Edgbaston.

England, the 50-over world champions, now face India in a three-match one-day international starting at the Oval on Tuesday.