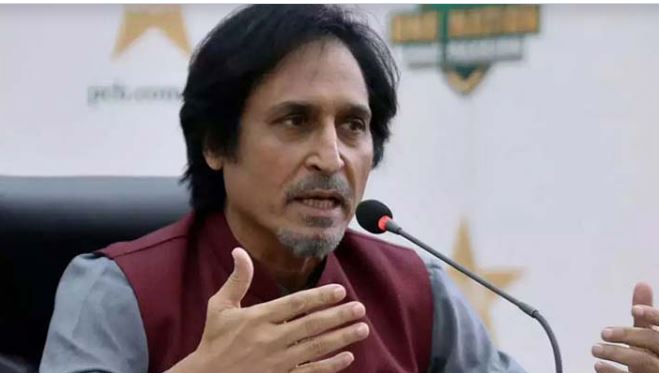 LAHORE, MELBOURNE – Pakistan Cricket Board (PCB) Chairman Ramiz Raja has said that T20 World Cup Final match against England will be a 50-50 as the opponent team is very strong.

Former cricketer and now Chairman PCB Raja has said that before the 1992 final, “we were a little scared but these boys are brave, not taking pressure. Commenting on team India, he said that the team with billion dollar industry was left behind and “we went ahead”.

PCB Chairman has reached Melbourne to watch the Final match. After reaching the ground, Raja met the Pakistan cricket team.

While talking to media on this occasion, Raja said that the team has worked very hard and some work has also been done by the Netherlands, “but when the team’s intention is right, nature also supports”.

He told every player, including Babar Azam, that such opportunities are less in life, the team will not get the best chance to win the World Cup like this one.

The PCB chairman said that the team keeps going up and down, even in difficult situations, “the Pakistan team acted like a unit, fans have a lot of expectations from this team,” he said.

He added, “So many WhatsApp messages came about Babar Azam and Rizwan to change them. This is the number one pair, it should not be broken, the performance keeps going up and down.” He said that he did one thing and that was not messing with the selection of the team.

Raja also said that he told Pakistan skipper that not to worry about the criticism. He said that if Pakistan will win, all dreams will come true.

The former commentator also said that the Pakistan reached to this position by unity, there is no need to change the opening pair of Babar and Rizwan.

He said that he shared the memories of 1992 World Cup with the team after meeting the team in Melbourne. He also shared the 1992’s team captain Imran Khan’s speech with the national team. He also told the team to give their hundred percent in the ground in Final.