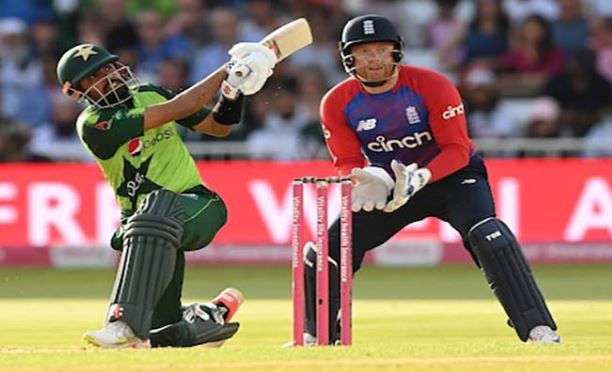 KARACHI – England captain Moeen Ali won the toss and opted to bowl in the first Twenty20 international against Pakistan at the National stadium in Karachi on Tuesday.

England, who are on their first tour of Pakistan for 17 years, see the return of opener Alex Hales after a three-year absence following a failed recreational drug test in 2019.

Pakistan s players are wearing a special kit in today s game, which shows their names and numbers submerged in water, to show solidarity with victims of the devastating floods that hit the country this summer.

England s players are wearing black armbands as a tribute to Queen Elizabeth II, who passed away on September 8.