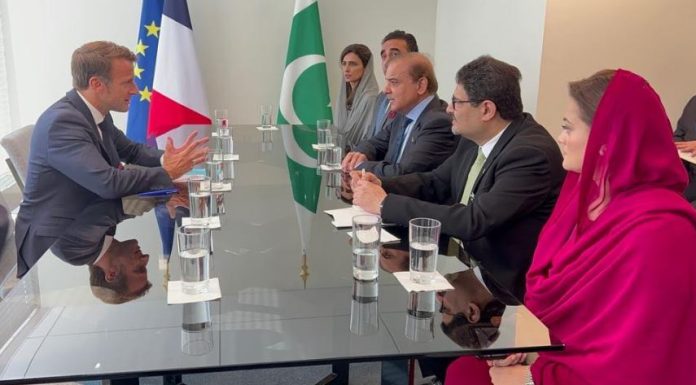 ISLAMABAD, SEP 20 (DNA) — Prime Minister Muhammad Shehbaz Sharif Tuesday attended the opening of the high-level general debate of the 77th Session of UN General Assembly being held in the general assembly hall. The prime minister will also spend a busy day in New York. He also met with the French President Emanuel Macron on the sidelines of the Session. Similarly he met with the Austrian Chancellor as well.

Earlier, the prime minister reached UN Headquarters to attend a welcome reception hosted by the UN Secretary General Antonio Guterres for the Heads of States/Governments participating in the 77th Session of UN General Assembly (UNGA77). During the reception, the prime minister interacted with Prime Minister of New Zealand Jecinda Ardern.