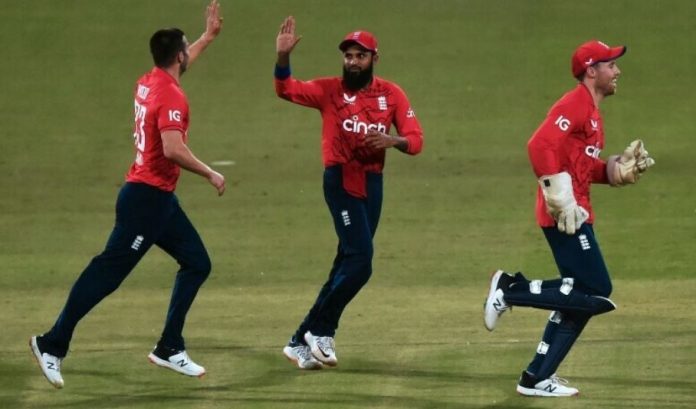 Lahore: England fast bowler Mark Wood’s express pace helped the tourists bowl out Pakistan for a below-par 145 in the fifth T20 international in Lahore on Wednesday.

Wood — playing only his second international since undergoing elbow surgery — took 3-20 after the home team were sent in to bat at Gaddafi Stadium.

Amid a middle-order collapse from 42-1 which saw Pakistan lose six wickets off 48 balls for just 58 runs — opener Mohammad Rizwan held on with a defiant 46-ball 63.

Mohammad Nawaz, for a duck, and Shadab Khan fell to injudicious runouts to leave Pakistan tottering at 100-7.

Rizwan completed his 20th T20I half- century before hitting Curran straight into the hands of Adil Rashid at deep square-leg in the 18th over. Rizwan struck three sixes and two fours.

The seven-match series is tied at 2-2 after the first leg of four matches in Karachi with England winning the first and third while Pakistan won the second and fourth.

England made four changes from the side that lost the fourth game, bringing in Chris Woakes for his first game of the series in addition to Dawid Malan, Curran and Wood.

The remaining matches are also in Lahore (September 30 and October 2).