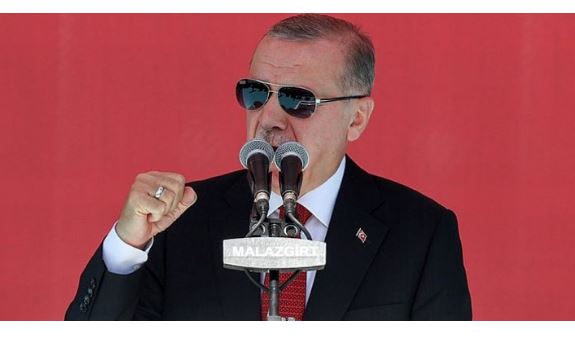 ANKARA, AUG 29: Turkish President Recep Tayyip Erdoğan on Monday marked the country’s 100th Victory Day commemorating the resounding defeat of the occupying Greek armies at the hands of Turks in the Battle of Dumlupınar in 1922.

“August 30 has been the clearest proof of what the Turkish nation can achieve and give up when forced to choose between captivity and freedom,” Erdoğan said in a statement.

Erdoğan said with the Great Victory, it has been registered once again that the lands on which people live freely today are the “eternal homeland.”

“2023, when we will celebrate the 100th anniversary of our Republic, will hopefully be a new milestone in which we herald the building of a great and powerful Türkiye,” he added.

Türkiye was occupied by allied forces after the defeat of the Ottoman Empire at the end of the First World War (1914-1918).

The foreign occupation prompted Türkiye’s War of Independence in 1919, in which Turkish forces eventually drove the invaders from Anatolia.

From Aug. 26 to Aug. 30 of 1922, Turkish forces fought the Battle of Dumlupınar (considered part of the Greco-Turkish War) in Türkiye’s western Kutahya province, where Greek forces were decisively defeated.

By the end of 1922, all foreign forces had left the territories which would collectively become the new Republic of Türkiye one year later.