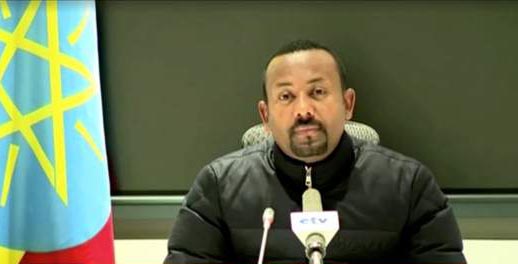 Addis Ababa : Ethiopia’s Prime Minister, Abiy Ahmed, has declared the military’s operation in the northern state of Tigray a success.

In a televised address, Mr Abiy vowed to continue with the military offensive despite international calls for restraint.

The national authorities accuse the Tigrayan People’s Liberation Front (TPLF) – which has held power in the state for close to three decades – of launching multiple attacks on the military.

The TPLF in turn said they couldn’t “ignore the imminent danger”.

On Wednesday an army base was taken over by forces loyal to the regional government of Tigray.

International calls for de-escalation seem to have been ignored and the tension in Tigray keeps rising.

The federal government has already declared a six-month state of emergency in the state of Tigray. The airspace has been closed.

Officials in the capital, Addis Ababa, say the conflict is against “a small group hellbent on destabilising the country”.

The TPLF has previously accused the central government of plotting to invade the region.

Tensions between the TPLF, once a dominant member of Ethiopia’s ruling coalition, and Mr Abiy’s government have been building for months.

A local election held in defiance of a national delay to polls is widely considered to be the cause of the recent rapid deterioration.