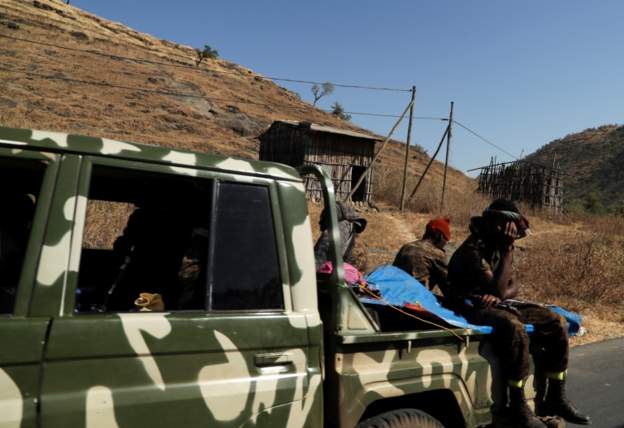 The claim has not been independently verified.

This comes as reports indicate hundreds of deaths on both sides.

On Tuesday, the head of the TPLF, Debretsion Gebremichael, accused the neighbouring Eritrean government of launching attacks on the Tigrayan state.

The accusation was denied by both the Eritrean government and the Ethiopian national army.

A spokesperson for the federal government’s emergency committee, Redwan Hussien, on Tuesday said there was still a possibility of dialogue between the government and Tigray’s authorities.

But he said “armaments purportedly seized by forces loyal to the TPLF must be destroyed, individuals in the custody of Tigrayan forces rescued and those who launched attacks face justice”.

Meanwhile Ethiopia’s federal police has said that 17 military personnel – including senior officials – accused of being part of a plot when the northern military command was allegedly attacked last week have been arrested.

The officials are said to have disrupted communications between the command and the rest of the national armed forces.

It is unclear if the suspects have responded to the accusations.