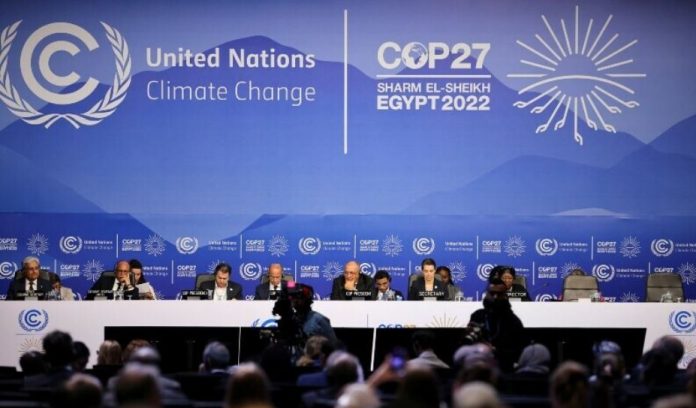 Climate negotiators on Friday agreed to a European Union proposal aimed at resolving an impasse over financing for countries hit by climate-fuelled disasters and pushing the UN climate summit in Egypt closer to a final deal.

After mulling over the EU proposal, the participants agreed to set up a special fund for covering loss and damage in the most vulnerable countries — funded from a “broad donor base”.

That suggests high-emitting emerging economies like China would have to contribute, rather than having the fund financed only by rich nations that have historically contributed the most to global warming.

“What we would propose is to establish a loss and damage response fund for the most vulnerable countries,” EU climate policy chief Frans Timmermans told the COP27 summit.

The loss and damage issue has dominated this year’s summit, with more than 130 developing countries demanding that the meeting deliver a deal on a new fund to help them cope with the irreparable damage of floods, drought and other climate impacts.

The United States and the EU had previously resisted the idea, fearing it could open the door to spiralling liabilities for countries whose historical emissions fuelled climate change.

Shauna Aminath, the climate minister for the Maldives — which faces inundation from climate-driven sea-level rise — said that the new EU offer had buoyed hopes among climate-vulnerable nations for a deal.

She said, “On loss and damage, we welcome the interventions and openness and the will to forge an agreement.”

“We’re very close to an agreement, and let’s engage with one another and make this happen,” she added.

The EU attached conditions to its offer — including that countries agree to step up their ambition to cut planet-warming emissions.

The 27-country EU has among the most ambitious climate targets of major greenhouse gas emitters and has urged China to upgrade its own.

Asked by Reuters about the EU proposal, Chinese foreign ministry spokesperson Mao Ning said that developed countries should fulfil their obligation to provide finance to developing countries, and all countries should translate their climate targets into “concrete actions”.

“The Chinese side hopes that COP27 will focus on the full and accurate implementation of the principles and objectives of the Paris Agreement,” Mao said.

The US has not responded publicly to the new proposal.

“The US seems cornered,” one observer in the negotiations said.

The EU said countries must agree to phase down all fossil fuels and phase down unabated coal-fuelled power generation as soon as possible — with countries submitting progress reports to make sure this gets done.

A senior Egyptian official said the conditions that the EU attached would not be accepted by some countries, without specifying which.

“It seems there is a broad agreement on having a fund or facility,” the official said. “The different views are the sequencing and the timing,” he added.

The Alliance of Small Island States and the G77 club of 134 developing countries — who have both pushed for a new fund — were consulting on their response.

“For us, the success of COP27 depends on what we get on loss and damage,” he said.

Deals at UN climate talks must be made with support from all of the nearly 200 countries involved.

The above-mentioned proposal used a UN definition that would have allowed China to receive, not contribute, money.

The UN climate agency published a draft proposal for a loss and damage deal late on Thursday. While published before the EU made its proposal, the text laid out three options for a possible deal.

The first suggests establishing a new fund for climate-vulnerable countries.

The second, delaying the decision on a fund until next year’s COP28 summit.

The third calls for deciding on funding arrangements at COP28, with no mention of a new fund.

Henry Kokofu, Special Envoy representing the Climate Vulnerable Forum of 58 countries, said the group supported the first option for setting up a fund — which appeared to align most closely with what the EU had proposed — but wanted a firm commitment that countries would add money to it.

“Without an actual commitment to funding, we may well just end up with an empty bank account,” Kokofu said.