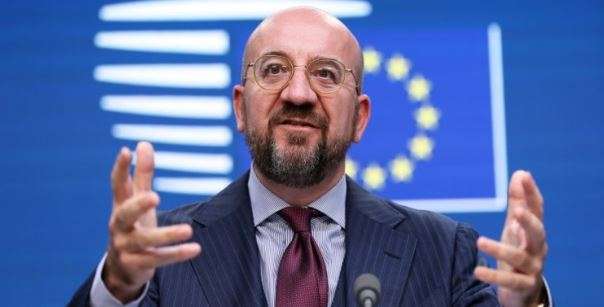 EU leaders said Friday they would stand up for their principles and independence in relations with China, but warned against being drawn into confrontation and a breakdown in ties.

“This discussion showed a very clear will to avoid being naive, but neither did we want to embark into a logic of systematic confrontation,” summit host and EU Council president Charles Michel said.

During their Brussels summit, the 27-nation bloc held three hours of strategic talks on its approach to China as President Xi Jinping tightens his grip over an ever more assertive Beijing.

Torn between the desire to access China‘s vast markets and condemnation of its rights abuses and aggressive regional policies, the EU has struggled to fashion a cohesive stance towards Beijing.

“We will always be firm in standing up to defend our principles, democracy, fundamental freedoms,” Michel said.

“We believe that we must be committed to bringing more reciprocity and rebalancing in particular in the economic relations between China and the EU.”

Michel said that the EU remained open to cooperation with China on major international issues such as climate change and health.

He insisted that the bloc has its “own model to develop” at a time of intensifying rivalry between China and the United States.

She also warned about the close ties between China and Russia as Moscow has rocked the international order by launching its war on Ukraine.

Chastened by the chaos caused by its reliance on Russia for energy, the EU is keen to ensure it doesn’t fall into the same trap by becoming dependant on China for critical raw materials and technologies.

“Obviously, we have to be very vigilant when it comes to dependencies. And we’ve learned our lesson,” von der Leyen said.

The EU is seeking to present a united front over China — but that has been clouded by the differing economic interests of its members.

Olaf Scholz, the leader of the bloc’s economic powerhouse Germany, announced Friday after the summit that he will take a government delegation to China next month.

It will be the first visit by an EU leader to the country since November 2019.

But other leaders were wary about Scholz’s upcoming visit.

“With China it is the same as with Russia, it is in their interest that we are divided,” said Estonian prime minister Kaja Kallas.

“It’s in our interest that we are united and talk with one voice.”

The EU’s discussion on China came as a top US general warned Washington must be ready to respond to a potential invasion of Taiwan as soon as this year.

Michel refused to make any “prophecy in the military field”.

The EU’s diplomatic service, in a strategy document this month, urged member states to warn China of “possible consequences” if it seeks to take control of Taiwan through force.