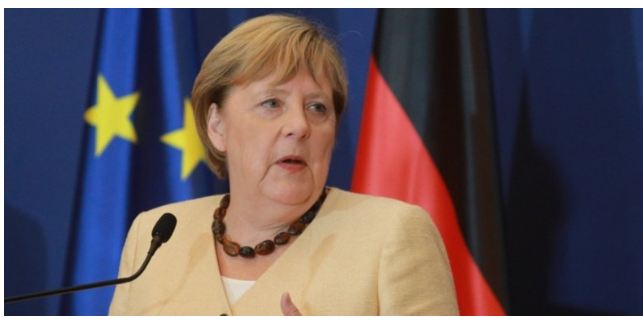 A new report based on survey carried out across 12 EU states suggests Germany’s outgoing chancellor, Angela Merkel, is held in high regard, and that there would have been more conflict in the world if she had not been in office.

The survey, which was conducted by the European Council on Foreign Relations (ECFR), suggests that well over a third of Europeans favour more German leadership within the EU.

Thirty-six per cent of those questioned said that they trust Germany on economic and financial policy, and 35 per cent said they trusted Germany to stand up for human rights.

Merkel herself continues to be highly respected despite her advocacy of austerity measures in the aftermath of the 2008 financial crash, and her handling of the 2015 refugee crisis.

The report suggests that EU citizens believe that there would have been more international conflict if Merkel had not been chancellor, an opinion that was held most strongly in Spain, the Netherlands and Portugal.

And she is regarded as a strong potential candidate for the presidency of the EU in the future, being seen as a unifying force.

The ECFR’s report, “Beyond Merkelism: What Europeans expect of post-election Germany,” argues that the next German government will have to provide clear ideas to combat the breakdown of the rule of law within the EU. It will also have to work hard to retain the trust Germany has earned during the Merkel era.

The ECFR’s survey covered 12 EU member states which have a combined population of 300 million and account for 80 per cent of the union’s GDP.