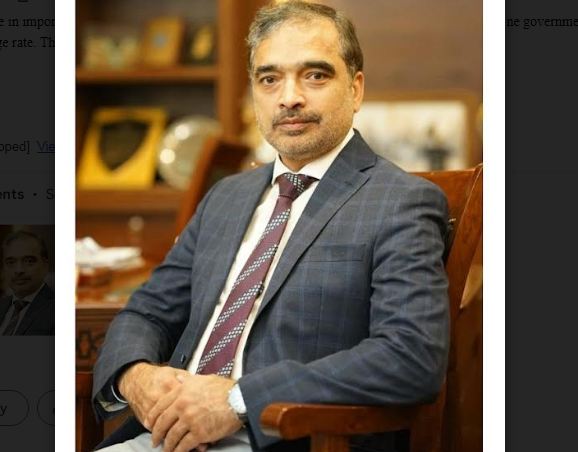 ISLAMABAD: The Pakistan Industrial and Traders Associations Front (PIAF) on Saturday stated that the government’s strict import policy along with high cost of doing business owing to multiple increases in fuel cost and energy tariffs have almost halted the industrial production, as the Central Bank’s undeclared ban on imports continued to affect the business activities in the country.

PIAF Chairman Faheem ur Rehman Saigol observed that the State Bank of Pakistan has announced to relax some restrictions on imports pertaining to HS Code Chapter 84, 85 and certain items of Chapter 87 but practically nothing has changed, as trade and industry continued to face hurdles in imports as well as exports shipment proceeds.

In a joint statement along with senior vice chairman Nasrullah Mughal and vice chairman Tahir Manzoor, Faheem Saigol said that the industry needs a supply chain to run the whole economy, adding that the big industries require raw material all the time. He said that the economy of Pakistan needed to boost exports for which it is important that the SBP should further relax import restrictions and adopt a more lenient import policy as many export-oriented industries have to import raw materials and intermediate goods to produce the finished products.

The State Bank’s decision severely affected the pharmaceutical, auto, plastic, mobile phone, engineering and textile industries negatively. The most concerned are those industries whose consignments have reached at the port and are being asked by the suppliers to pay the bill but the banks are still creating hurdles on behest of the State Bank. Though importers have the money but are unable to send the amount to them. Those who import goods under Cash Against Document are of the view their clients are getting angry with them as they are not able to make payment timely.

He said that if the imports are not further relaxed, the contractionary policy will further impact the revenue collection in the coming months. He urged the SBP to take the trade and industry of the country including PIAF on board to make further relaxations in imports so that the business activities can flourish and exports can be further increased to improve the meager forex reserves of the country.

He complained about the persistent delay in import of raw material and said that businesses are shutting down, triggering unemployment in the country. Cumulatively, in the first five months of the current fiscal year 2023, the current account deficit contracted by more than half to $3 billion against $7 billion of corresponding period.

The significant drop in imports through administrative controls to manage the low foreign exchange reserves has badly impacted economic activities, he pointed out.

The PIAF Chairman said that the non-issuance of letters of credit (LCs) is crippling industrial activities, leading to massive unemployment as companies are unable to import the raw material necessary to keep their manufacturing wheel running. While expressing deep concern over the non-issuance of LCs and a severe gas crisis, he stated that the emerging situation has terribly affected industrial activities as well as exports, which would have a devastating impact on the already ailing economy and the lives of millions of poor people due to massive layoffs.

How long an industrialist can bear the burden of paying salaries and wages to most of the idle employees if he is unable to produce at full capacity due to the unavailability of imported raw material and spare parts amid persistent gas shortage. He said that the reserves have depleted to a four-year low of $6.2 billion, raising the specter of default on international payments and foreign debt repayments. He said that the current account deficit declined to a 19-month low and the primary reason was a 32% decline in imports. However, exports and remittances decreased by 13% and 14% respectively. The government must let the dollar demand reflect in the inter-bank exchange rate. This method will reduce dollar hoarding in the kerb market, he added.