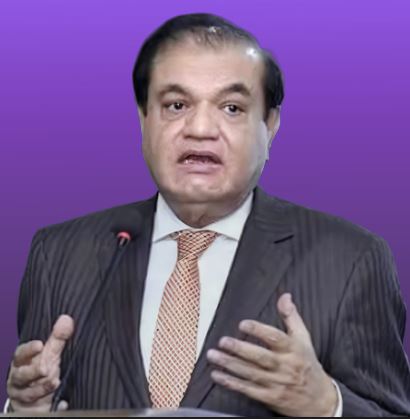 Karachi: /DNA/ – Chairman of National Business Group Pakistan, President Pakistan Businessmen and Intellectuals Forum, and All Karachi Industrial Alliance, and former provincial minister Mian Zahid Hussain on Monday said the country is facing a scarcity of water but the authorities seem oblivious to this important issue.

The prices of wheat and other agricultural commodities are constantly rising in the international market while local farmers are not getting water which is destroying their economy and reducing crop production, he said.

Talking to the business community, the veteran business leader said that lack of water is killing a large number of livestock and soon it will start damaging industrial production.

He said that the infamous tanker mafia is also taking full advantage of the water shortages and the price of water has been increased by three to four hundred percent in different cities including Islamabad which has increased the financial pressure on the people.

Mian Zahid Hussain said that international organizations have been warning Pakistan for decades about a famine in 2025. The per capita availability of water has been reduced from 5660 cubic meters in 1951 to 908 cubic meters now but no government has made serious efforts to develop water resources and save water but has set a record of mismanagement.

Water worth 20 billion dollars falls into the sea every year but no attempt has been made to save the water.

The business leader said that not a single political party in the country is serious about the water problem.

Mian Zahid Hussain further said that rivers are drying up, many rivers, streams and canals have become so polluted that water has become unfit for consumption, lakes are drying up and aquatic life is running out but nothing is being done in this regard.

Pakistan’s glaciers are also melting fast and the country is suffering from a water emergency. Neglecting the water sector is making the effects of climate change more deadly, making it impossible for the people, agriculture and industry to survive.

In these circumstances, the effects of global warming in Pakistan would be severe and water of huge value would evaporate before it could be used.

Groundwater levels in Pakistan’s rural and urban areas are also declining rapidly, posing a serious threat to the people and the industry. The government should realize the scarcity of water, tackle conspiracies of other countries, take steps to save water and rehabilitate rivers, and give priority to the construction of small dams.

He said that efforts should be made to create a national consensus on the construction of dams so that Pakistan could be saved from becoming a desert.