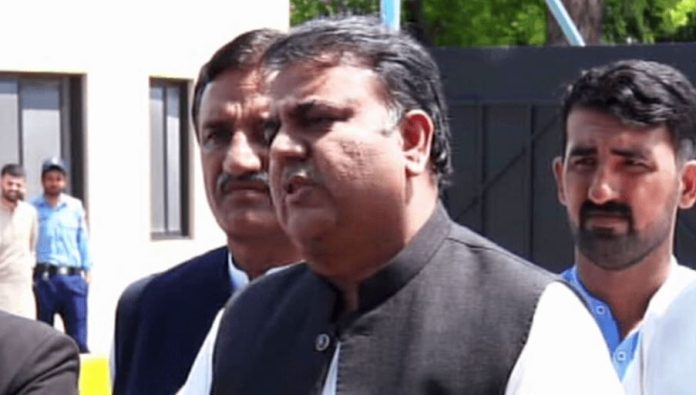 “These people have a point of view on torture, which is independent of their parties’ narrative […] hence, they should be given the responsibility of inquiring the events,” he said.

Gill, ex-prime minister Imran Khan’s chief of staff, was arrested on August 9 in connection with an FIR registered against him for allegedly inciting mutiny among the armed forces. The authorities and PTI have been at odds over Gill’s custody after the politician was moved to the Pakistan Institute of Medical Sciences (Pims) earlier this week over complaints of breathing issues.

On Friday, an Islamabad district and sessions court ordered a second medical examination of the PTI leader, suspending till Monday the handing over of Gill to police for the completion of his two-day physical remand.

Meanwhile, PTI has said that Gill had been subjected to “gruesome torture” behind bars. In a tweet yesterday, Imran alleged that the party leader was tortured “physically, mentally and sexually”.

On Friday, Imran had arrived at Pims to meet Gill but he wasn’t granted permission by the police. Afterwards, at a media talk, he announced countrywide rallies to express solidarity with his chief of staff.

Talking to media persons outside the capital’s Police Lines Headquarters today, Chaudhry asserted that torture, whether physical or mental, won’t be allowed under any circumstances.

“I personally believe […] and this is not my party’s demand but mine […] that an independent panel should be formed and the torture should be investigated.

“And then the faces of those who tortured [Gill] and those who passed its orders should be brought forward in public,” he said, requesting the Supreme Court to take notice of the incident.

The PTI leader pointed out that the superior judiciary’s role in standing up against torture was extremely important.

“The judges of the Islamabad High Court should look at their magistrates and the way they took a stand against torture,” he said. “You are giving remand despite evidence of torture. The superior judiciary doesn’t have this mindset […] instead they believe in investigation torture first.”

He commended the Islamabad magistrate for ruling that Gill’s medical reports did not reflect his physical condition and ordered that he should be moved back to Pims.

“The magistrate took a brave decision despite pressure from so many sides. The superior judiciary should learn from the lower judiciary,” Chaudhry said.

Furthermore, he alleged that the PML-N wanted Gill to be remanded into police custody so that he could be forced to pass a statement against Imran. “They want him to say that those comments [passed on ARY News] were actually the statements of Imran Khan.”

“So, in this situation, we won’t [accept] any inquiry conducted by the Islamabad police,” the PTI leader stated, reiterating his demand for the independent panel.

He added that the PTI would not stay quiet against the torture. “We are going to protest against the treatment meted out at Gill today. The main rally will be taken out by Imran Khan in Islamabad but I also urge people to gather outside PTI’s divisional headquarters in all the cities and speak up against this.”

Separately, today said that the Islamabad administration has denied PTI permission to hold a rally in the federal capital, saying that Section 144 was in force in the city. The PTI, however, refused to comply with the directives and Chaudhry said the rally will proceed as planned.