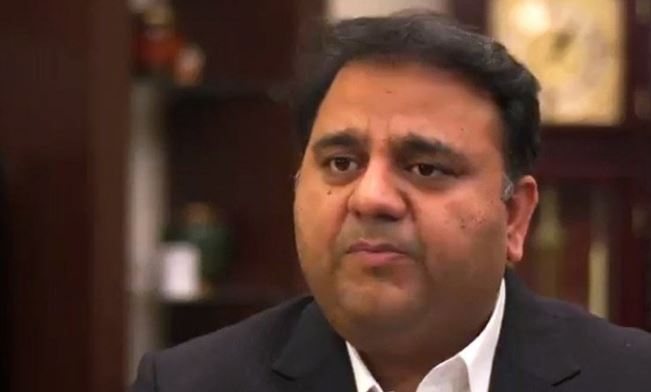 Addressing a press conference here on Tuesday, Fawad advised Prime Minister Shahbaz Sharif to stay away from people like Rana Sana, as arrest order may be issued for him (Rana) and Atta Tarar.

He asked that the PM must have taken notice of Rana Sanaullah’s statement, who stated that what Pervaiz Elahi would do if five MPAs didn’t show up on the day of vote.

Fawad said that Asif Ali Zardari was well-aware of the fact that Sehbaz Sharif government was on ventilator and PTI has the power to send this government packing anytime.

He said that Asif Zardari never stood with Bhutto, so how he could support the PML-N, who was merely interested to protect his party government in Sindh.

He lashed out at the government for making false cases against the PTI leadership during the events leading up to the Azadi March on May 25 and during the Punjab by-polls.

The government made a false sectarian case against Zulfi Bukhari and tried to arrest him; attempted to arrest a decent man, Shibli Faraz; also arrested Shahbaz Gill, where he was not even given water for over four hours, he said.

Fawad said that Chief Election Commissioner Sikandar Sultan Raja should resign as he has little time left or else he would be shown the door eventually, calling for the formation of a new and credible Election Commission of Pakistan (ECP), who have the support of all political parties, should be brought in.

He also mentioned that the PTI was ready to speak to Shehbaz Sharif, but only once he announced the date for the new general election, adding that the framework would be worked out by political parties and the most important thing in that would be the reconstitution of the ECP.

Criticizing Chief Minister Hamza Shahbaz, Fawad demanded his resignation from the office in line with political traditions. “Hamza Shahbaz should be ashamed. His party suffered a humiliating defeat, even Maryam Nawaz and Malik Ahmad accepted it. He should have tendered his resignation immediately after it,” he said.

He pointed out that PTI could topple the federal government in a day if it wanted but, as five MNAs belonging to ruling coalition were in contact with his party.

However, Fawad stated: “We are giving leeway to PM Shehbaz to take the right decision on general elections.”

“We can boldly ask President Arif Alvi to initiate a vote of no-confidence against the current government but we are giving it a chance,” he said.

Brushing off the notion that the interim setup would need more than three months to deal with the deteriorating economy, he added that economy was not the responsibility of the caretaker government.

He said PTI wanted an interim government for three months, as the elected government would deal with the economy. Stressing that the ECP was biased against PTI, he added that it changed voter lists to ensure that PTI loses the Punjab by-elections.

Talking about the increase in the value of the dollar, he said that the dollar was stable three months ago, large scale manufacturing had increased. He said that now, despite the IMF agreement, confidence in the market and currency was not restored, as the dollar has become expensive by Rs. 10.