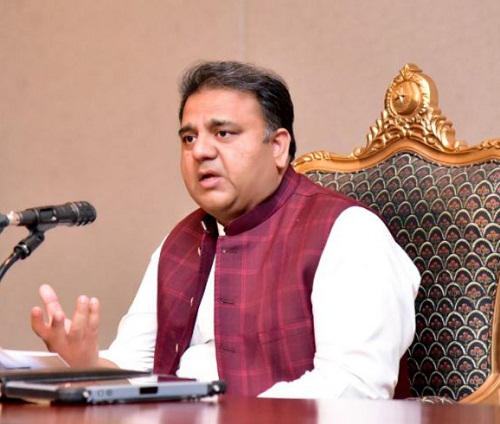 ISLAMABAD: Pakistan Tehreek-e-Insaf (PTI) Fawad Chaudhary came down hard on the imported government for enjoying sweet slumber when PTI senior leader Murad Saeed warned repeatedly of the looming danger, as the self-centered and power hungry crooked leaders were mere interested in prolong their rule for few more months, resultantly, Pakistan was now in the grip of terrorism.

Fawad Chaudhary, in a statement on Tuesday, said that Pakistan was in the grip of terrorism; hence political stability was needed at this time, which can only come from elections.

He said that PDM had no option but to face the public as how much they could run away from elections, adding that they should not play with Pakistan for the sake of few months of power.

Lashing out at the Khawaja Asif for his remarks that border control should be done by the provincial government, Fawad stated that he should better to be put at pan shop instead of making him defense minister.

He said that powers with zero understanding were dangerous as he was sleeping when Murad Saeed was shouting that there would be destruction.

Talking about imported government vote of no confidence, Fawad stated that until tomorrow, Rana Sanaullah and Ahsan Iqbal were saying that if assemblies were dissolved they would go to the election, but today they were running away from the elections.

He said that the purpose of no-confidence was to avoid elections; the PTI would not let them run away from the elections.

About the Taliban government, Fawad said that the Taliban government was also cooperating with Pakistan and wanted Pakistan’s role in relations with the world. He said that at Pakistan’s request, thousands of people succeeded in leaving Afghanistan easily. However, Fawad stated that Regime Change operation did not allow the new era of Pakistan-Afghanistan relations to begin.