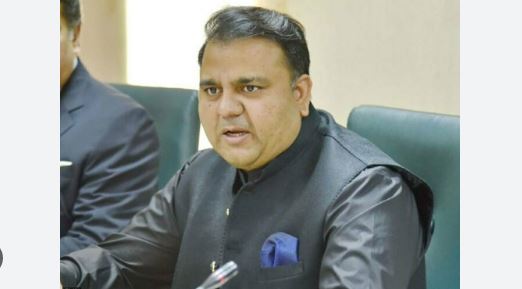 Talking to media in Lahore on Saturday, the PTI leader while reacting to
Interior Minister Rana Sanaullah and Minister for Railways Khawaja Saad
Rafique’s presser on behalf of the federal government asked if former PM
Nawaz Sharif kept them in the party to boo others but they should have
courage to ask their leadership about NRO.

“If they feel bad that people call them thieves and bandits, then they
should ask their leadership,” he said and asked if anyone have doubts
about the plundering of the leadership of both parties.

Quoting a journalist who said court was opened midnight on former COAS
Gen (r) Qamar Javed Bajwa’s orders, Fawad Chaudhry said that this is a
question mark on our justice system, adding that the establishment will
have to think, if the decisions are made behind closed doors because the
common man no more expect justice from the courts.

The former federal minister went on to say that a meeting of the party’s
Sindh Parliamentary Party will be held shortly adding that we have made
our decisions and we are ready for the elections. DNA