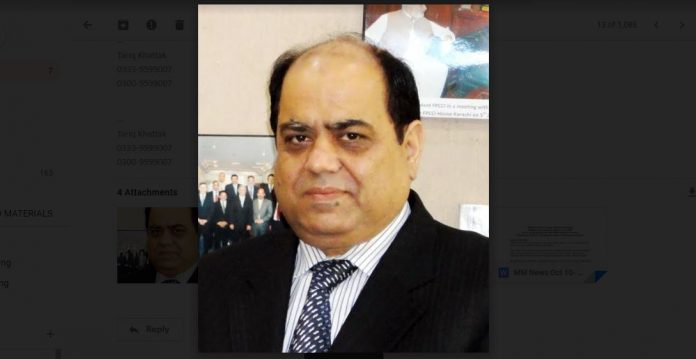 ISLAMABAD – FBR seems to be more interested in collecting refunds than taxes which is damaging the fragile economy, an FPCCI official said Saturday.

The refund system should be automated and its responsibility should rest with the central bank to reduce complaints and corruption and improve the economic situation, said Convener FPCCI Central Standing Committee on Insurance said Dr. Murtaza Mughal.

He said that the government is trying hard to inject new blood in the economy and restore the confidence of the business community but the tax mechanism is working against it.

Unrealistic tax targets have compelled the FBR to strangulate the business activities through highhandedness to show performance, he added.

Dr. Murtaza Mughal who is also President of the Pakistan Economy Watch said that FBR continues to issue SROs which violates the government’s intention to spur growth.

He said that recently SRO 889 has been issued for surveillance of factories which is being opposed by the industrialists as it will trigger harassment, corruption and litigation.

These SROs will damage the realty sector, discourage investment and may reverse the gains made through the construction package, amnesty scheme and other incentives offered by the government to spur growth.

He said that all over the world the real estate market is kept insulated from fear, raids, unnecessary audits but here its different which is one of the reasons Pakistanis ignore the local market and invest in the realty sector of other countries.