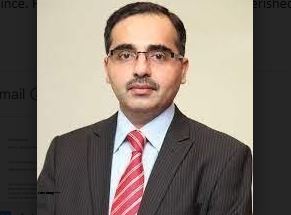 KARACHI: The Friends of Economic and Business Reforms (FEBR) on Sunday called for working with the government to muster up maximum resources for immediate response to support the flood relief work, asking the authorities to identify priority needs of food security, health, water, shelter, agriculture and livestock to help the affectees in the country.

FEBR President and the upcoming president of LCCI Kashif Anwar said that the whole business community is standing with the people of Pakistan during these difficult times, as we are committed to work with the government and other development partners to help the country overcome the devastating impact of this natural disaster and provide immediate relief to affected families.

The FEBR Chief said that the initial economic losses from floods in Pakistan could surpass $18 billion, as unprecedented flash floods caused by abnormal monsoon rains have washed away crops, infrastructure and bridges, killing thousands and affecting more than 30 millions.

Heavy rains across Pakistan have triggered flash floods, landslides, and glacial lake outbursts. In July, the country received more than 60 percent of average annual monsoon rainfall in just three weeks. Over 30 million people are estimated to have been affected by the floods with more than 1100 deaths reported while almost half a million people are currently in relief camps. Pakistan has been ravaged by torrential rains resulting in flash floods from north to south, causing large-scale infrastructure damage, as 20% of the sugarcane crop in Sindh has been damaged, which makes up 10% of the entire country’s sugarcane production, he said. More than half of Sindh’s onion and tomato crop has been destroyed and 80% of the rice crop has also been destroyed, which will adversely affect farmers in the province. He said that over 800,000 livestock perished due to floods, mostly in Balochistan.