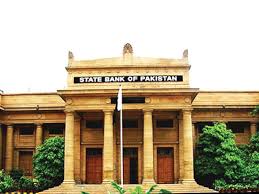 ISLAMABAD, JULY 05 : The Friends of Business and Economic Reforms president Kashif Anwar on Sunday lauded the recent move of the central bank to slash interest rate by another one percent, recommending it to curtail it 5 percent gradually, besides directing the commercial banks to implement the government’s soft loaning for the revival of small and medium sized industry in its true spirit.

In an open letter, written to the State Bank of Pakistan governor Reza Baqir, he asked to restrict the commercial banks to adjust KIBOR on monthly basis instead of quarterly basis so that the benefit of huge reduction of key policy rate could be passed to the businesses, as they have still being charged markup of over 12 percent.

He hailed the central bank to reduce discount rate by 100 basis points to 7 percent in an unscheduled meeting of monetary policy committee which has so far dropped the key interest rate by 6.25 percent from 13.25 percent since March 17, 2020. He said the rate slash is a welcome move, but only 100bps (basis points) reduction is not enough.

Kashif Anwar urged the State Bank of Pakistan to review its policies and facilitate the private sector particularly the industrial and commercial importers as higher interest rates and economic slowdown had dampened business appetite for bank loans.

He said the cost of production had moved upward, reaching the highest level of last 10 years owing to huge depreciation of Rupee against dollar, record high markup rate and continued hike in power and gas tariffs.

Kashif Anwar was of the view that the cost-of-doing-business and the cost of production had shot up to uncompetitive levels as the borrowing cost was huge and capital financing had become more expensive.

FEBR President observed the businesses were not willing to obtain fresh funds from banks due to higher cost of borrowings. The demand for the private sector credit is to remain subdued unless the SBP eases policy rate further so that economic growth could get momentum,” he said.

He was of the view that the private sector had nothing to borrow from financial institutions because banks preferred to park their money in risk-free government securities. “The flow of banking money is now going towards government papers, which will definitely hit economic growth and affect the investment landscape in the country,” he maintained.

In the prevailing circumstances, interest rate at 7 percent is not feasible for the businesses, he said. “FEBR hopes the central bank will consider the plights of the business community and rates would be brought to 5 percent gradually,” he added.

He urged the State Bank to further cut policy rate for easy access to finance for the local industry and exporters who were confronting new challenges and uncertain conditions. H also urged the need of deferment of payment of utility bills and waiver of surcharges for at least next three years, restoration of zero-rated sales tax regime and exemption from welfare fund contributions.

He said that the government’s resolve to contain the spread of virus was commendable, which can also attract the foreign investment in the country.

On behalf of the industry, he said that incentives such as the cut in import duty on the required industrial raw materials must continue unabated as it would ensure an economic stimulus.

Regarding global oil price reduction, he said that the government should also pass on this relief to the trade and industry to cut cost of production.