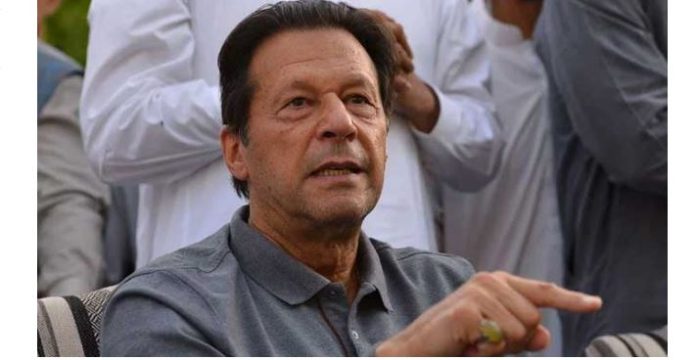 ISLAMABAD: The Federal Investigation Agency (FIA) Tuesday issued notices to PTI Chairman Imran Khan and other leaders of the party as part of the investigation into the audio leaks related to the US cypher.

The anti-corruption institution is investigating the audio leaks allegedly featuring Khan, PTI leaders, and a government officer in discussions about a US cypher on the orders of the federal cabinet.

In the notice, FIA’s Mian Shabbir Hussain directed Khan to appear before the inquiry team on November 3 at 12pm.

Apart from this, the FIA has also summoned Khan in the prohibited funding probe — a case in which the Election Commission of Pakistan (ECP) has blamed him for receiving illicit funding.

The FIA has also called in PTI Vice Chairman Shah Mahmood Qureshi on November 3 at 12pm. The former foreign minister was summoned last week as well, but he didn’t appear before the institution.

PTI Secretary-General Asad Umar has also been summoned on November 2 at 12pm.

In the two audio leaks that took the internet by storm and shocked the public, the former prime minister, Umar, and then-principle secretary Khan could allegedly be heard discussing the US cypher and how to use it in their interest.

On September 30, the federal cabinet took notice of the matter and constituted a committee to probe the contents of the audio leaks. Later, the cabinet also okayed legal action against those involved in the matter.