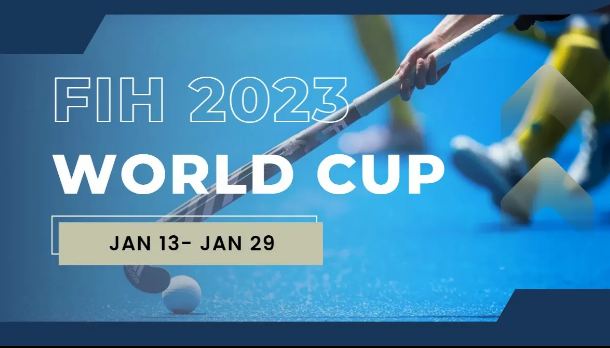 The FIH Odisha Hockey Men’s World Cup of 2023 is being hosted by India in Rourkela, Odisha. Check here for the full schedule, fixtures, timings, and results of the International Hockey World Cup.

BHUBANESWAR, JAN 21: The FIH Men’s Hockey World Cup is the flagship event of the International Hockey Federation (FIH) and is held every four years. The 15th edition of the tournament, the 2023 FIH Hockey World Cup, is set to take place in India from January 13 to 29, 2023.

The tournament was first held in 1971 in Barcelona, Spain and since then, it has been held in various countries across the world. Pakistan is the most successful team in the tournament’s history, having won the title on four occasions (1971, 1978, 1982, and 1994).

The 2023 edition of the tournament will feature 16 teams, with the host nation, India, automatically qualifying for the tournament. The teams will be divided into four pools of four teams each.

The top team from each pool advances to the quarter-finals, whereas the runner-ups have to play crossover matches.

(Note: The teams in bold are match winners)

Australia, Belgium, and Netherlands are the top three teams in International Hockey. Germany and India occupy the 4th and the 5th spot, respectively.

The 2023 FIH Men’s Hockey World Cup promises to be an exciting tournament, featuring some of the best teams and players in the world. With the tournament taking place in India, it is sure to be a thrilling event for fans of the sport.