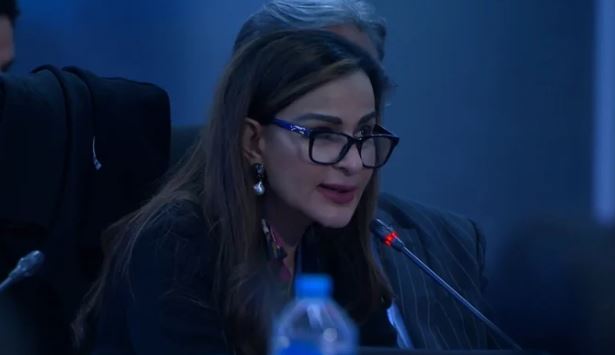 ISLAMABAD, NOV 20: Pakistan Sunday welcomed a UN climate summit’s initiative to set up a “loss and damage” fund for vulnerable countries and termed it the “first step in reaffirming the core principles of climate justice”.

The UN’s COP27 climate summit has approved the creation of a special fund to cover the losses suffered by vulnerable nations hit by the impact of global warming.

Delegates applauded after the “loss and damage” fund was approved by consensus following two weeks of contentious negotiations over demands by developing nations for rich polluters to compensate them for the destruction from weather extremes.

In a series of tweets, Federal Minister for Climate Change Sherry Rehman said it’s been a long 30-year journey from demand to the formation of the loss and damage Fund for 134 countries. “We welcome today’s announcement and joint text hammered out thru many nights. It’s an important first step in reaffirming the core principles of climate justice,” the minister said.

Pakistan and other climate-vulnerable countries — at the COP27 —had demanded the international community to take steps to mobilise “loss and damage” funds for disaster-hit nations, and some say rich nations must pay these costs because their historical emissions are mostly responsible for global warming.

Rehman noted that now that the fund has been established, Pakistan looks forward to it being operationalised and becoming a robust body that can answer with agility to the needs of the vulnerable, the fragile and those on the frontline of climate disasters. The minister said the announcement offers hope to vulnerable communities all over the world who are fighting for their survival from climate stress.

It also, she noted, gives some credibility to the COP process, and now it’s up to the transitional committee to move it forward by December 2023 as decided. Pakistan — the world’s fifth largest population — is responsible for only 0.8% of global greenhouse emissions but is one of the countries most vulnerable to extreme weather caused by global warming.

Earlier this year, Pakistan was struck by devastating monsoon floods that left nearly a third of the country under water, affecting more than 30 million people and leaving a repair bill estimated at nearly $30 billion.

Prime Minister Shehbaz Sharif noted that the establishment of the loss and damage fund at the UN climate summit was the first pivotal step towards the goal of climate justice. “It is up to the transitional committee to build on the historic development,” he said.

The “loss and damage” inflicted by climate-induced disasters was not even officially up for discussion when UN talks in Egypt began.

But a concerted effort among developing countries to make it the defining issue of the conference melted the resistance of wealthy polluters long fearful of open-ended liability and gathered unstoppable momentum as the talks progressed.

“At the beginning of these talks loss and damage was not even on the agenda and now we are making history, said Mohamed Adow, executive director of Power Shift Africa.

“It just shows that this UN process can achieve results and that the world can recognise the plight of the vulnerable must not be treated as a political football.”

Loss and damage covers a broad sweep of climate impacts, from bridges and homes washed away in flash flooding, to the threatened disappearance of cultures and whole islands to the creeping rise of sea levels.

This year an onslaught of climate-induced disasters — from catastrophic floods in Pakistan to severe drought-threatening famine in Somalia — sharpened the focus on disaster-hit countries, which were already struggling with soaring inflation and mounting debts.