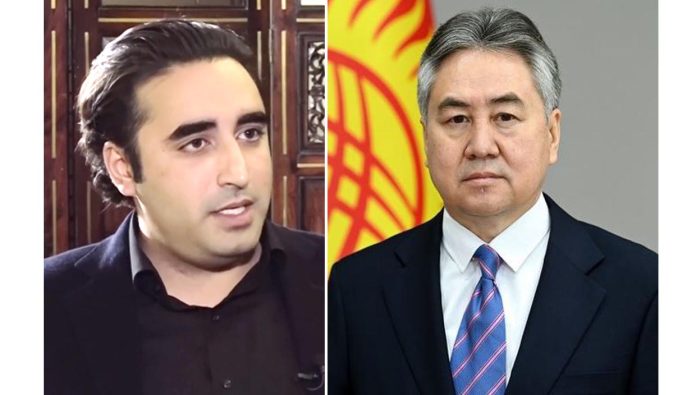 ISLAMABAD, JUL 29 /DNA/ – Foreign Minister Bilawal Bhutto Zardari held a bilateral meeting with Foreign Minister of Kyrgyz Republic Jeenbek Kulubaev Moldokanovich on the sidelines of the Council of Foreign Ministers meeting of the Shanghai Cooperation Organization (SCO-CFM) in Tashkent, today. He felicitated his counterpart on the 30th Anniversary of the establishment of bilateral diplomatic relations.

The Foreign Minister underscored close cooperation between the two countries at bilateral and multilateral fora including at SCO, which demonstrated the commonality of views on regional and global issues of mutual interest.

The Foreign Minister underlined the importance of regular convening of formal mechanisms, between the two countries, in particular Bilateral Political Consultations (BPC) and Joint Ministerial Commission (JMC). He also emphasized the importance of renewed focus on the important road and energy connectivity projects such as CASA-1000 and Quadrilateral Agreement on Traffic-in-Transit (QATT).

The two Ministers agreed to remain in regular contact.