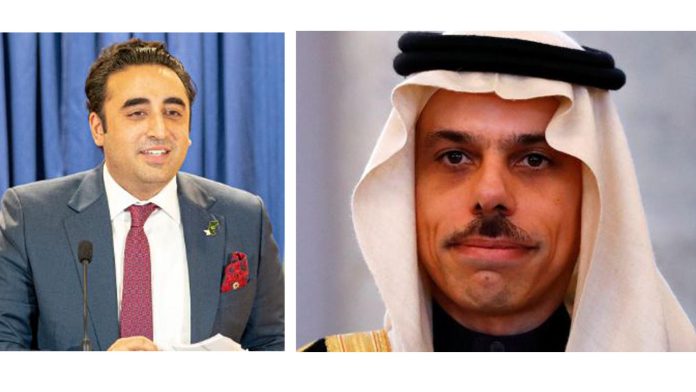 Reaffirming the fraternal relations between Pakistan and Saudi Arabia, the two Foreign Ministers reiterated their mutual commitment to further enhance and deepen bilateral cooperation across all areas of mutual interest.

The Foreign Minister apprised his Saudi counterpart of the upcoming International Conference on Climate Resilient Pakistan, which is being held in Geneva on 9 January 2023. The Saudi Foreign Minister conveyed the Kingdom’s strong support for all initiatives aimed at strengthening and reinforcing Pakistan’s post-flood reconstruction and rehabilitation efforts.

The two Foreign Ministers also discussed the recent developments in Afghanistan. They reaffirmed the importance of guaranteeing women’s rights and their full and equal participation in all aspects of life. They also reiterated their support for security, stability and peace in Afghanistan and the importance of international engagement for building a more sustainable future for the Afghan people.