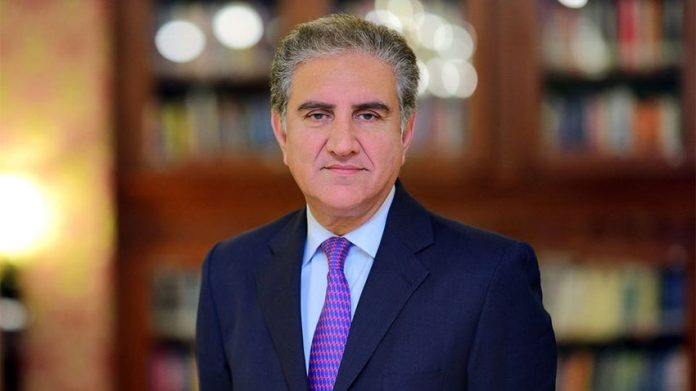 Foreign Minister Qureshi offered condolences on the loss of precious lives due to the outbreak in Europe. He appreciated the efforts being made by the European Union to formulate a coordinated response to the crisis.

The Foreign Minister briefed the High Representative on the steps being taken by Pakistan, and the challenges ahead. The role of the Pakistani community in Europe, especially in Spain, in standing in solidarity with their Spanish compatriots also came under discussion.

Highlighting Prime Minister Imran Khan’s initiative that debt relief for developing countries would allow them to dedicate greater resources to counter the disease and shore up economies, Foreign Minister Qureshi pointed out that the initiative was gaining traction, and hoped that the European Union would continue to extend full support to it.

The Foreign Minister expressed deep concerns on the humanitarian and human rights situation in Indian Occupied Jammu and Kashmir (IOJ&K), where 8 million Kashmiris were being deprived of critical information and essential medical supplies due to on-going restrictions on communication and movement. Further underscoring the danger to the health and safety of hundreds of Kashmiri leaders, youth and civil society members incarcerated by India in crowded prisons, the Foreign Minister called on the EU to uphold the human rights principles and call upon India to lift all restrictions, allow unfettered supply of goods and medicine, and release all prisoners.

The situation in Afghanistan, particularly with reference to the Peace Agreement between the US and the Taliban, also came under discussion. Foreign Minister Qureshi and the High Representative noted that the Agreement offered an historic opportunity for the Afghan leadership to pursue reconciliation and help establish durable peace and stability in Afghanistan. The Foreign Minister reaffirmed Pakistan’s commitment to continue to support an Afghan-owned and Afghan-led peace and reconciliation process as part of a shared responsibility.

The High Representative thanked Foreign Minister Qureshi for his expression of solidarity and agreed that a coordinated approach remained the best way forward to deal with the pandemic. He informed that debt rescheduling of the developing countries was high on agenda of the EU. The two sides agreed to remain engaged on all issues of common concern.