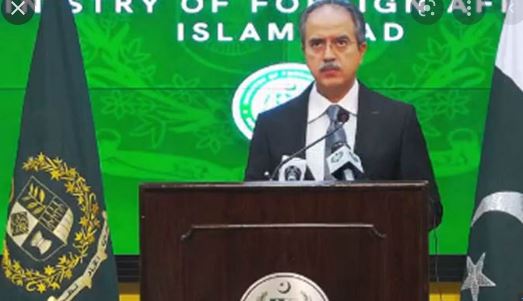 Asim Iftikhar dispelled the impression of any slowdown in projects under China Pakistan Economic Corridor. He said both Pakistan and China are strongly committed to take CPEC forward and make it successful. The Spokesperson also urged international community to come forward in fulfilling humanitarian needs of people of Afghanistan.

He said Pakistan had announced a five billion rupees’ assistance package, comprising 50,000 tons of wheat, medication, shelter and other things, for the people of Afghanistan. The Spokesperson said Islamabad has conveyed its willingness to Indian authorities allowing humanitarian assistance India has announced, especially the provision of wheat, to pass through Pakistan’s territory. =DNA