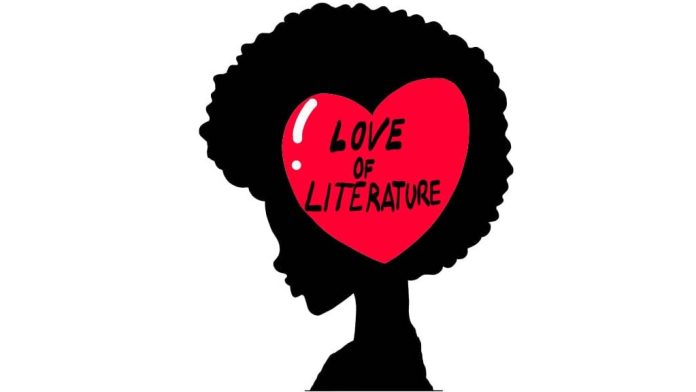 Humanities have got a long list of subjects. All offer great proportion of knowledge, philosophy and wisdom in order to acquire the required skill that is not only a requisite for one’s career but for the life overall. One such outstanding subject in the list is English Literature. Anyone who is studying or has studied it as the major subject, would agree to the opinion that it is a subject of excellence. Literature is being taught in the world’s leading universities and colleges. The enrolled students for Literature feel pleasure in studying it. They consider themselves fortunate enough to have chosen the distinguished subject. Well! What are those reasons to feel fortunate for? This write up intends to bring some reasons in discussion here.

Literature: The Custodian of Human History:

Recalling the definition that was shared by my professor: Mrs. Anees Saeed for the course ofHistory ofEnglish Literature is still my relief for selecting it. She had taught us,

“Literature is the reflection of any society. All the stories and characters in there are already existing among the humans who we, later on, read about on the pages.As a matter of fact, these stories discuss the issues, culture, rituals, norms, nature and above all the history. Thus, it is one obvious custodian of the human history.”

I am still unable to find such a comprehensive definition of Literature. Of course, I still share it with the students. Let’s get back to the topic. Check the domains and areas of Literature. These are the domains and areas that the Literature is all about. Whereas the genres of Literature are equally appealing in each of its kind. Be at drama, poetry, and story. All these are the vast source of information as well entertainment. Not wrong to say here that it is one commendable human’s achievement that helped to preserve so much about the long-long journey of his development of every sphere of life and society. The folk stories from various regions of the world still convey the origin of many cultures, rituals and customs. Not only this, but these stories also have been playing a key role in shaping the language. The oldest epic Beowulf is one most appropriate example here. It narrates the valour of a legendary soldier-Beowulf and yet it had laid the foundation of poetry in English Language simultaneously.

According to the developed opinion by a great number of people that out of all genres of Literature, poetry has been hailed the most in all the time. It is shorter, attractive, interesting and yet metaphorical for its meaning. It is one super fine form of writing. All the critics have endorsed that it is the most inspirational and influential both. Besides this, poetry also has an edge over other genres for one reason in particular as it comes from the heart and it is the very reason that a reader feels going to his heart directly.

Likewise, it has been acknowledged that the poets are, ‘independent thinkers.’ They write beyond the traditional set boundaries. They are merely dependent on their thoughts that evolved them as independent eventually. They trace the human’s emotions via their heartfelt-feelings. And thus, create a beautiful piece that is made up of imagination, emotions and moods.

During the poetry class, I asked opinion from my one student about it and the answer was,‘Poetry is the soul of Literature.’The answer of my student literally amazed me. Many of the students opine that the course of Poetry has been the most engaging and appealing to them. They added, it becomes a memorable journey from reading the text of poems to the formation and structure of poetry itself. Consequently, the jingles of poetry keep amusing the students till the end of course.
Every Human Is A Story:

All the humans are ‘story telling creatures.’ As a matter of fact, each of the story that Literature has brought forward must have been a real part of the human society that had become an inspiration for the respective writer. Shakespeare’s one celebrated Tragedy, ‘Macbeth’ was a real-life inspiration for him of one valiant soldier from Scotland. Now today, when Macbeth is being read so this thought must be kept in the mind that there was one such brave soldier who became stimulus for Shakespeare’s writing about him.

Similarly, the common masses and the daily life events of the society also keep fascinating the contemporary writers or poets. Real-life characters or events keep taking form of stories, dramas and poems. This is how, Literature became the reflection of society. It then educates a lot about the life, its complexities and the tests.

Studying Literature definitely polishes the language, taking it to the best standards. Here, it is not wrong to say that it somehow makes the language proficient as well sophisticated. It has been observed usually that Literature students have excellent communication abilities both in the written and spoken modes. Anyone of them would write the impressive but would speak the more impressively.

From Being Intelligent to Be Intellectual:

I use this short sentence as the motivational tool for my students. I tell them that it is cool to be an intelligent but cooler to be an intellectual. That’s how, Literature becomes one next-level aspiration to many youngsters when it is hailed for being the subject that turns oneself from an intelligent into an intellectual. And how it happens? Throughout the course, what the Literature students do, they are writing the ‘Critical Appreciation’ that too on any of the masterpiece from the Canons of Literature. Discussions about the Age of Reason, Enlightenment and above all the revolutionary time period of Renaissance that was originated mainly in the coffee shops transformed the existing intelligence into intellect. For one course in a semester, three or four books of critique are read in detail. Of course, writing critical analysis on every poem is everyday must task.

The hallmark of Literatureis essentially revolving around the cognitive skill or the critical thinking. Accompanied with reasoning, evaluation and then acquiring an ability to predict is its core function. Literature Teachers say that,

“While teaching the courses of Literature to its students what one big favour is being done to them is enlightening the cognitive skill (critical thinking). This task performs somewhat an extraordinary job of preparing the student’s mind to function in the most productive way just like any cleanser exfoliates the dead cells from one’s skin. Literature proves a great help to make students know the real-life aspects.”

Teacher is a life-coach in the disguise. This life coaching keeps going on concurrently with imparting of knowledge. Literature brings this help to the teachers to develop the cognitive skill in students.
Nature Is TheGreater Literature:

Nature is the greatest source of learning and inspiration for the human mind. It ranges the most in all the genres of Literature. Someone compelled saying, “Nature is the greater Literature.” This one line says all what can be summed the best about the Nature for its influence on the human mind while creating any kind of Literature. It suggests clearly that this is the Nature that has spoken via Literature. The starry nights, graceful mountains, mesmerizing valleys, floating clouds, dancing daffodils, green lush meadows and the dark and deep winter’s woods are beautiful to read about them. This very praise worthiness of Nature provided in Literature makes readers closer to the natural beauty spread all around.

Literatureis a product of the mind. It takes birth in any of its form in the thoughts of course. Yet! What it serves as for the human is, it becomes the solace for soul. Nothing brings the pleasure as such in carrying out any other activity as reading a good story with a moral. Similarly, reading a poem laden with the heart-felt emotions has no match with any other thing. One critic went saying,

“Any human who has no love or attraction for Literature is like a human with only a body but without soul.”
Literature Offers Life To Read!

Literature offers nothing else but the life itself to read, understand and evaluate it for a better living. Humans need nothing more than this that he is able to improve the life. Literatureis shaped from the humans and by the humans and it serves the humans. Students studying it have been found more profound in the academics, discussions and incorporating its gist in the real life. It is a subject that trains fully as well graces the intellect too.

For my own self, I often say that I got the Master degree of International Relations yet studying English Literature in doing Graduation had created an irresistible charm for this subject that I still cherish. Moreover, teaching Language and Literature and then heading the English faculty has brought the great experience and learning both. I have often advised my students to excel in the cognitive or critical thinking skill via understanding great literary work because this will not only help them to upgrade the linguistic skill but will also prove an assistance in understanding the other core subjects.

-Asma Ishaq teaches English Language and Literature to the senior classes. She has also been Heading the English Faculty.