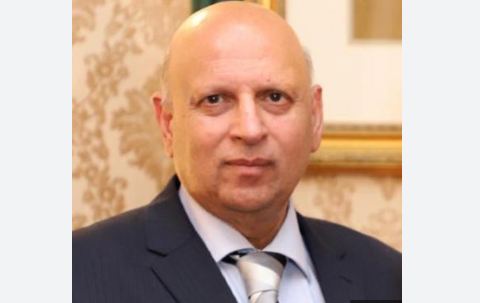 In an exclusive interview with Voice of America, he acknowledged that the former Army Chief played a major role for PTI victory in the 2018 election and Imran Khan became Prime Minister.

He said condemn Pakistan Tehreek-e-Insaf (PTI)’s criticism of General (retd) Qamar Javed Bajwa said confrontation will be fine when you are in power.  Sarwar says It’s not fair to criticize Gen (r) Bajwa on personal grounds after his retirement. He added that ” You can only confront when you are in power and once you are out of power the fighting should be stopped.”

Chaudhry Sarwar says that there were two reasons for Imran Khan’s differences with the military establishment, his retention of Punjab Chief Minister Usman Buzdar despite poor performance and the delay in Inter-Services Intelligence (ISI) chief’s appointment.

The former governor says that General (retd) Qamar Javed Bajwa helped Imran Khan on every occasion from the approval of the budget to the vote of confidence.  He said that when there was tension in the relationship with Saudi Arabia, the army restored the relationship between the two countries.

He says that when the government faces financial difficulties, only General (Rtd) Qamar Javed Bajwa gets a financial package from friendly countries.  On his possible political journey Sarwar says he is consulting with his friends for his future move but has not yet decided which party he has to join.

PTI rejected Muhammad Sarwar remarks by issuing a statement on the former governor’s interview with VOA Urdu. PTI spokesperson Zulfi Bukari in a written statement rejected all allegations and said their government was ousted through conspiracy. He said those who left the party and Imran khan in a critical time have no rights to talk about PTI. = DNA