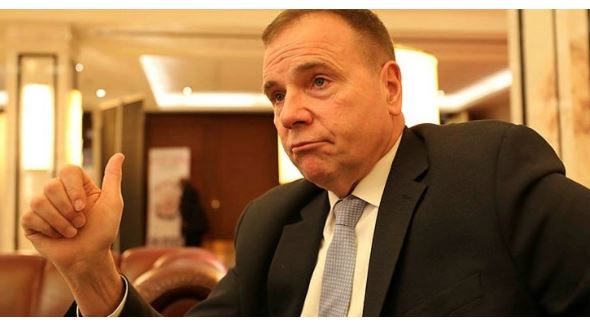 Ukraine will push Russia back to Ukraine’s pre-war borders by the end of 2022 and retake the Crimean Peninsula in 2023, a former top US general said at the annual Warsaw Security Forum on Tuesday.

“It is too early to celebrate victory, but I am convinced that the Ukrainians will push the Russians back to the line of Feb. 23 (the eve of the war) by the end of the year, and by the end of next summer will take over Crimea,” Gen. Ben Hodges, a former commander of the US army in Europe, told Polish news channel TVN24 BiS.

Russia took over Crimea in 2014, in a move many see as a prelude to the current seven-month-old war.

“Ukraine has achieved such a dynamic that is already irreversible. We know from history that war is a test of will and logistics. It is clear that Ukrainian soldiers have more motivation than Russian ones,” Hodges said, referring to Ukrainian successes against its much larger foe.

“(Russian President Vladimir) Putin is doing everything to break the unity of the West, but this will not happen,” he said.

“The Kremlin will want to prolong the conflict and counts on the fact that we-the US, UK, Poland, Germany-will lose interest and will not continue to support Ukraine. But that’s not going to happen,” said the retired officer.

The two-day forum in the Polish capital brings together top politicians and defense industry representatives from the EU and US.