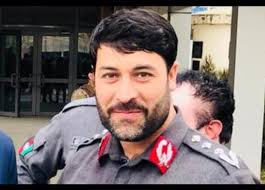 KABUL: Four blasts rocked Afghanistan’s capital on Wednesday, killing two people, including a police chief who had been attempting to crack down on the city’s growing insecurity, marked by almost daily assassinations.

“In the wake of three terrorist attacks in Kabul this morning, Mohammadzai Kochai, police chief of district five of Kabul was martyred along with his bodyguard,” interior ministry spokesman Tariq Arian said.

Another three people were wounded, he added.

A separate blast later hit a car near the upmarket international Serena Hotel, although a police spokesman said there were no casualties.

District five, where Kochai was based, is a transport hub between the capital Kabul and Afghanistan’s southern provinces, many of which are dominated by the Taliban.

Kochai had sought to crack down on the high levels of insecurity in the district in recent months.

The Taliban did not immediately respond to requests for comment on the attacks. The group has denied involvement in a recent wave of targeted assassinations which the government and many foreign powers have blamed on it.

The attacks are concentrated in urban centres and come as protracted peace talks take place in Doha between Taliban militants and the Afghan government.

Officials say the talks have largely stalled as U.S. President Joe Biden’s administration reviews how to handle the peace process, including a troop withdrawal agreement Washington signed with the Taliban under previous President Donald Trump.