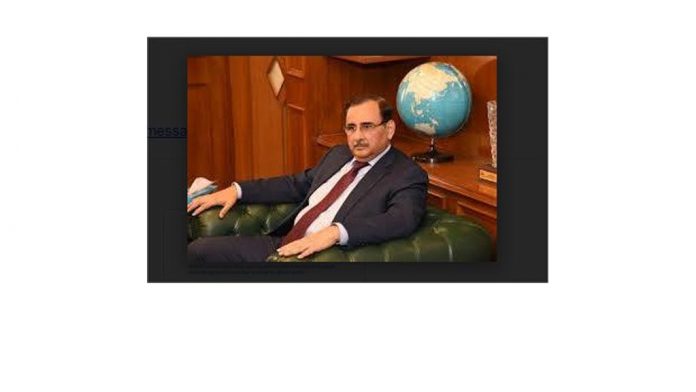 KARACHI, JUNE 28 – The Federation of Pakistan Chambers of Commerce and Industry President Mian Anjum Nisar has urged the government to withdraw the decision of hike in prices of petroleum products, as the move will wipe up relief of markup rate cut announced for the industry recently.

In a statement issued here on Sunday, the chief of apex body of all Chambers & Trade Associations called for taking strict action against companies for not providing the petroleum products at lower prices, instead of surrendering before such elements in the larger interest of the country.

“It is good that the government took the ongoing issue of oil supply chain disruption as serious and tried its best to address the matter, which led to serious shortage in many parts of the country, but abrupt hike in prices of petroleum is not the right solution,” he argued.

Mian Anjum Nisar said that the step has taken the trade and industry by surprise because it was out of schedule and was not prompted by any summary moved by the Oil and Gas Regulatory Authority, which is the legal procedure.

He argued that that 6.25% drop in interest rate in recent days have started to cut cost of production and bolster the debt repayment ability but the sudden decision of unprecedented jump in oil products’ prices will fade away the all relief announced by the central bank earlier for the business community.

FPCCI President said that a sudden and unexpected increase in fuel prices is against all norms set by the government itself. By not waiting for the month to end or taking the OGRA’s opinion on the issue, the government has decided to break from tradition and took back the measures the government itself had put in place to provide relief to the public. It is very strange that these procedures are being flouted especially when the government itself identified the need to decrease these prices, he added.

He said the business community was already facing severe problems due to destruction of Covid-19 and in such a situation making hike of up to 66 percent in the prices of petroleum products in one go is unjustified. He said that the price of crude oil in the world market is still around $42 per barrel and as per calculations the ex-refinery price of patrol is worked out at around Rs45 per litre but the government increased the rate of petrol to more than Rs.100 per liter, which is great injustice.

Alongside this, LPG also saw an increase in its price for the second time this week, with a total increase of Rs15. Why is the government reversing its decisions? The economy is already in a precarious situation, this constant back and forth will only increase volatility, when we ought to be heading for stability, he added.

He said that the cost of doing business and cost of production have shot up to the level of un-competitiveness. The cost of borrowing was huge and capital financing has become more expensive.

The FPCCI had praised the SBP positive move of relief in markup rate, easing the impact of the coronavirus’ shock on growth but the move of abrupt hike in petroleum rates would seriously harm the trade and industry, he added.

Mian Anjum Nisar said that there is no denying the fact that oil rates have been on the rise in the international market now, but the government instead of passing on this surge to the public, can reduce the number of taxes on petroleum products as the fuel is the engine of growth. He said that if fuel would be heavily taxed, the entire economy would suffer unprecedentedly, as  the government continued to charge Rs30 per litre petroleum levy on petrol and diesel, besides charging 17 percent general sales tax (GST) on all petroleum products.

He said that the FPCCI was expecting that the government, in present circumstances would reduce the price of electricity in proportion to the cut in the prices of petroleum products to bring down the cost of doing business and to promote industrial activities. He said that due to the Covid-19 pandemic, business activities were already in decline and in this situation the government should take serious steps to cut the cost of doing business, as hike in oil rates would further enhance the cost of production, making transport more expensive.