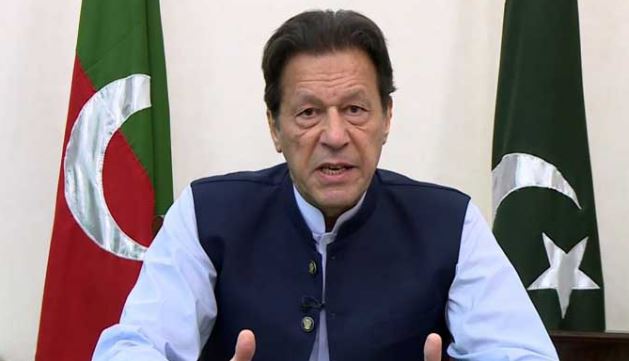 In an interview with a private TV channel, the PTI chairman said that he knew Arif Naqvi for 20-25 years who was working for Pakistan and heavily funded Shaukat Khanum Hospital.

“Arif organised two fundraising events for PTI in 2012 which is still a common practice for funding raising across the globe We have 40,000 databases of donors who funded PTI,” Imran said.

“I have been raising funding for 30 years and every year, Rs9 billion funds were collected for Shaukat Khanum Hospital. For the first time, I have raised funds for political purposes. while Arif Naqvi collected Rs2.1 million funds through the bank channel,” PTI chairman said.

Imran Khan added that why everyone was silent over the Financial Times report which exposed $200 million bribe to the Sharif brothers.

He reiterated his demand of giving verdicts on funding cases against all three political parties at the same time.

The former PM said that the current rulers were afraid of the Pakistani nation that has changed, therefore, they were skipping the option of fresh polls. He added that Maryam Nawaz had also asked to hold new elections instead of keeping the helpless government.