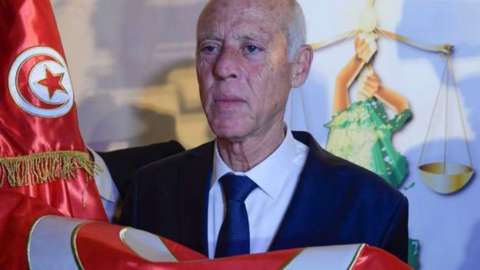 The G7 group of industrialised nations has called on President Kais Saied of Tunisia to urgently appoint a new head of government.

In a joint-statement, the group said that naming a prime minister would create space for dialogue about proposed constitutional reforms.

In July, President Saied swept aside the government, suspended parliament and took control of the country.

His opponents have accused him of staging a coup.

But his measures were broadly welcomed by Tunisians, who’ve been deeply disappointed by the performance of their political parties.