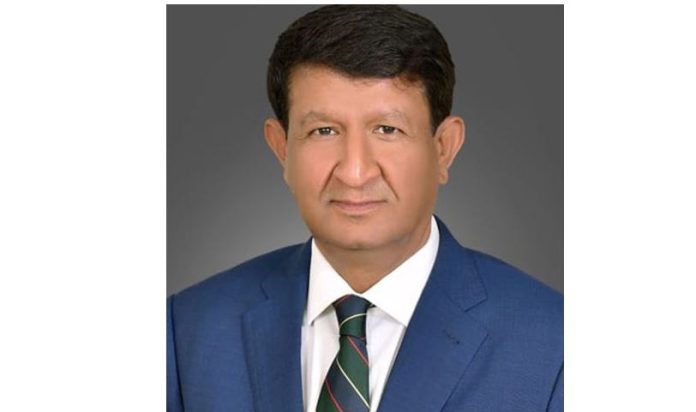 With Europe and the US facing a mounting economic crisis caused by the Ukraine war, China and Russia have geared up the process of economic and security integration across Asia. Not only are the current regional networks in Eurasia and Southeast Asia being consolidated, but their mutual nexus is also being reinforced and expanded with the inclusion of new member states from the Middle East.

The latest expression of Asian regionalism is the Conference on Interaction and Confidence Building Measures in Asia, which held its sixth summit on Oct. 12-13 in Astana, Kazakhstan, and decided to gradually transform itself into a full-fledged organization for economic and security cooperation in Asia. Its 27 member states account for 90 percent of Asia and generate two-thirds of the global gross domestic product. Russia has proposed its new name as the Eurasian Organization for Cooperation.

This year marks the 30th anniversary of the CICA, whose founding idea was proposed by Kazakhstan in 1992. Over time, China and Russia have steered its evolution and expansion to include countries from Southeast Asia and the Middle East. Israel, Egypt, Jordan, the UAE, Qatar, Bahrain, Iran and Palestine are already members. Kuwait is the latest entrant. This informal intergovernmental forum seeks to implement confidence-building measures in the economic, human, new challenges and threats, environmental and military-political domains.

Besides kickstarting the process to become Asia’s largest international organization at the recent summit, the CICA also concluded a partnership agreement with the Eurasian Economic Union, which Russia created in 2015 in response to the EU’s Eastern Partnership Policy of 2009. The EAEU has helped its smaller members, including Belarus, Kazakhstan, Kyrgyzstan and Armenia, to benefit from Russia’s political support, security guarantees, and economic incentives, such as cheap energy.

The EAEU provides for free movement of goods, services, capital and labor among the member states, which consist of nearly 200 million people and have $5 trillion in combined GDP. Though the EAEU is far from achieving the intended goals of EU-like customs union and common market, it has helped a great deal in labor mobility from Kyrgyzstan, and enabled Russia to bypass current Western sanctions and import restricted goods from Kazakhstan.

The EAEU seeks an economic pivot to Asia as opposed to the West, a goal that is manifested in Russian President Vladimir Putin’s 2016 declaration to transform the organization into a “Greater European Partnership” to include China, India, Pakistan and other countries from Southeast Asia. This is compatible with the global Belt and Road Initiative of China, which also has a trade relationship with the EAEU. Uzbekistan and Azerbaijan are among the aspirants of its membership.

Contrary to the US-led initiatives, the countries participating in regional integration processes led by China, or inclusive of it, tend to accrue tangible economic gains

As compared to the CICA and EAEU, the Shanghai Cooperation Organization has established its niche as the most integrated intergovernmental body in Eurasia during the last two decades. Its 22nd summit last month consolidated economic, security, political and cultural cooperation among the eight member states: China, Russia, Kazakhstan, Uzbekistan, Kyrgyzstan, Tajikistan, India and Pakistan.

Covering over 40 percent of the world’s population and nearly 30 percent of its GDP, the SCO is also joined by six Middle Eastern states as dialogue partners, including Saudi Arabia, Egypt, Turkey, the UAE, Qatar, Kuwait and Bahrain. Iran will gain full membership in a year. China leads the SCO and is engaged in massive infrastructure development projects in the member-states, while Russia prioritizes the corresponding expansion of energy corridors.

Beyond Eurasia, China has emerged as an important player in the Regional Comprehensive Economic Partnership, the largest trading bloc in Asia-Pacific that accounts for a third of the global GDP and almost half the world’s population. The RECP entered into force in January this year. Its other members include Japan, South Korea, Australia, New Zealand and six of the 10 member states of the Association of Southeast Asian Nations. The RECP will ultimately enable China to write trade rules for the region, at the expense the “rules-based” free trade regime being propounded by the US.

The Asia-Pacific Economic Cooperation is the only regional organization that includes both China and the US as members. Its 19 member states are home to more than 2.9 billion people and make up over 60 percent of global GDP. Established in 1989, the APEC aims to promote sustainable economic growth, trade and investment, and prosperity in the Asia-Pacific region. The Biden administration has made containment of China an integral part of the US National Security Strategy, which was announced on Oct. 12. This is surely bad news for APEC ahead of its summit next month.

China is also seeking membership of the Comprehensive and Progressive Agreement for Trans-Pacific Partnership trade pact. It is the renegotiated version of the Trans-Pacific Partnership Agreement that the US signed in 2016 but exited a year after it entered into force in 2018. The CPTPP has 11 members: Japan, Australia, Singapore, Canada, Mexico, Peru, Chile, Brunei, Malaysia, Vietnam and New Zealand. China’s entry into the trade pact, which is supported by Singapore as a founding member, will be a major setback for the US.

The Biden administration’s response to China’s growing economic regionalism in the Asia-Pacific region is the establishment in May of the Indo-Pacific Economic Framework, a broad alliance of 14 countries, including India (mostly from South and Southeast Asia) working on four nonmilitary pillars of economic and strategic cooperation. However, the IPEF lacks core incentives such as market access and better trade opportunities for the member states. It is no surprise that India has refused to join the trade pillar, while arguing that it is structured in favor of the affluent members.

In response to China’s BRI and the Global Development Initiative, launched by President Xi Jinping at the UN General Assembly last year, the US also relaunched the G7 Partnership for Global Infrastructure and Investment in June.  In this case as well, it is highly uncertain that the US will be able to mobilize $200 billion in the next five years, given the growing economic constraints faced by all the G7 nations of the US, Canada, France, Germany, Italy and Japan due to the current global energy crisis.

Moreover, the US attempt to create potentially anti-China informal groupings such as the QUAD (group of four, with the US, Australia, Japan and India) and AUKUS (a military alliance between the US, UK and Australia) are either security-centric or too small to rival China’s expanding regional networks across Eurasia and Asia-Pacific. They also pale in comparison to the BRI’s extensive economic footprint in Asia, Africa, South America and even parts of Europe. Contrary to the US-led initiatives, the countries participating in regional integration processes led by China, or inclusive of it, tend to accrue tangible economic gains.

The US and Europe also seem to be losing out against China in the Middle East, especially as the Gulf nations increasingly diversify their economies in Eurasia by partnering with the SCO and CICA.

Spurred by a fresh wave of economic regionalism, Asia is, indeed, rising. This is a historic transition in world power, from the long-drawn era of European domination and the relatively recent push for the American century.

Ishtiaq Ahmad is a member of the Planning Commission of Pakistan. A former journalist, he previously served as the vice chancellor at Sargodha University, Pakistan, and the Jinnah Chair at Oxford University in the UK