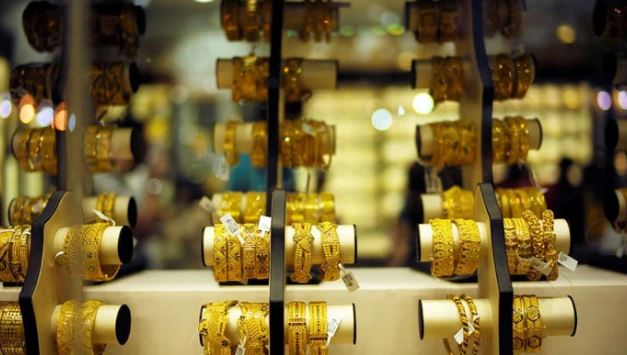 KARACHI: Gold price in Pakistan slumped to 4.5% falling below the threshold of Rs150,000 per tola as the rupee clocks its best day in six weeks after reports that Ishaq Dar will return as finance minister.

The correction in gold was overdue for a long. Gold has declined by Rs11,800 per tola in the last four sessions. The reports of stability in rupee-dollar parity following news of Dar’s homecoming faded gold’s shine. The rupee’s value going forward would determine gold’s immediate future trajectory.

In the international market, the price of the yellow metal fell by $2 per ounce settling at $1,640 — its lowest level in 2-1/2 years weighed down by a strong dollar and US Treasury yields amid the US Federal Reserve’s hawkish stance on interest.

The dollar index rose to a fresh high in 2002 against its rivals, boosted by a plunge in British sterling, making gold more expensive for other currency holders.

Prices have fallen more than $400, or over 20%, since scaling above the critical $2,000 per ounce level in March as major central banks raised interest rates sharply to tame soaring inflation.

Gold rates in Pakistan are around Rs2,000 below the cost compared to the rate in the Dubai market.

Meanwhile, silver prices in the domestic market remained unchanged at Rs1,570 per tola and Rs1,346.02 per 10 grams.